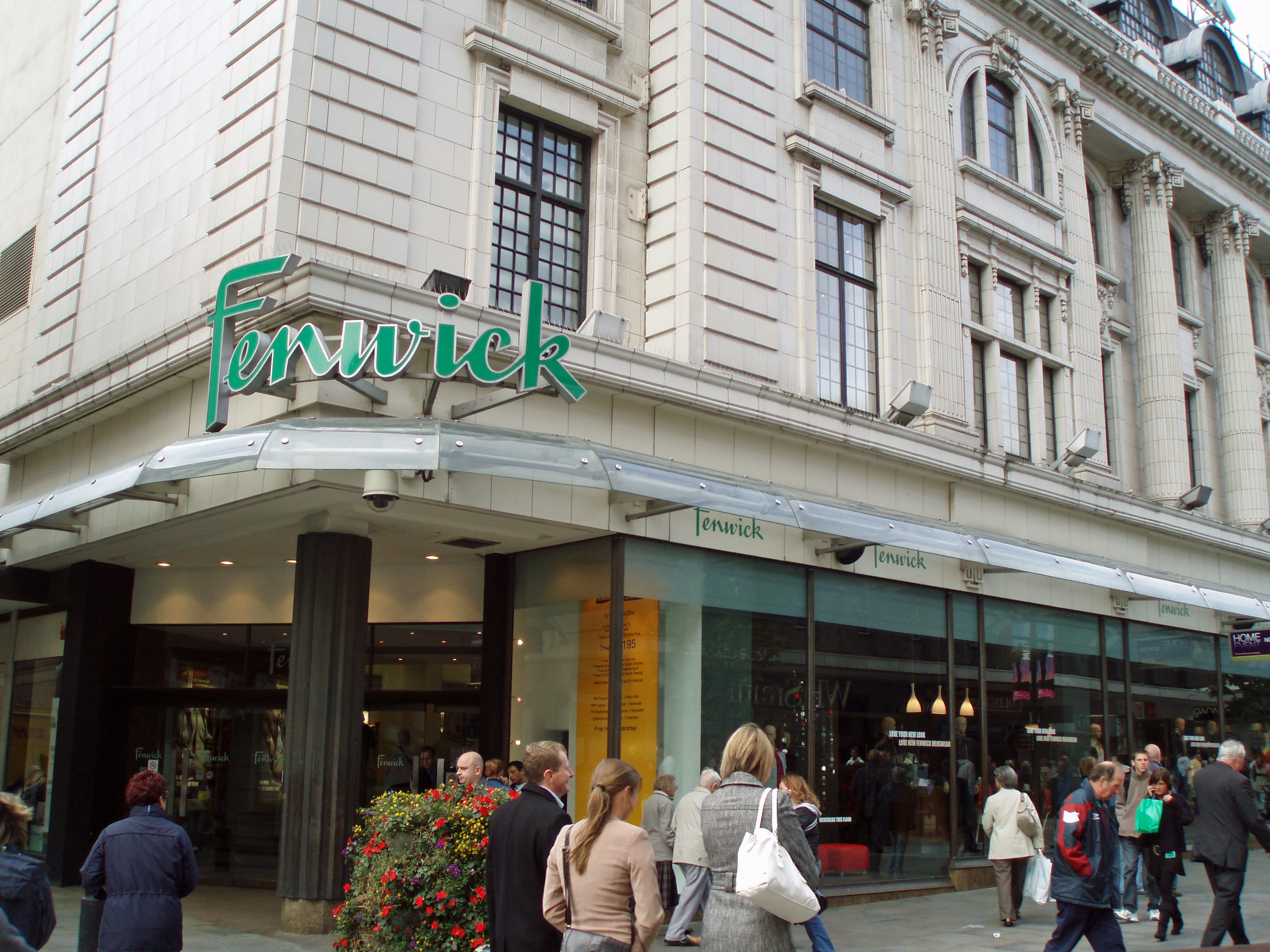 Opening on March 23, 1882, as a humble single shop, today the department store carries the reputation as the region’s foremost retail attraction. With its top-of-the-range household goods, array of high fashion, sumptuous food hall, variety of restaurants and cafes, and its famous Christmas window display, the store has been cited as Newcastle’s own version of Harrods.

Older than Newcastle United (1892) and the Tyne Bridge (1928, Fenwicks is known as one of the founding staples of our beloved city.

It was a mantle-maker and furrier called John James Fenwick who opened a single shop at 5 Northumberland Street 140 years ago.

At the time the street was becoming increasingly commercialised, being described as a row of old brick houses that “are rapidly becoming shops”. It’s hard to imagine today that the retail giant started life as a single house snapped up by the young shop assistant for the sum of £181.

The business initially sold mantles, silk goods, dresses, fabrics and trimming, but expansion was rapid and Fenwick and his son, Fred, soon bought up adjoining Northumberland Street properties, numbers 37 and 38 – and later number 40. These formed the shop frontage still used by Fenwick’s in 2022.

The store has also been recognised for the important role it has played in supporting the city’s economy, employing thousands of staff through the generations.

Newcastle City Council’s Director of Place, Michelle Percy, said: “Fenwick department store has been at the heart of Newcastle city centre since 1882 and is part of our history, heritage and culture. As a flagship store, it’s a firm favourite among locals and visitors alike many of whom come to shop from overseas.

Newcastle Central Labour MP Chi Onwurah said: “Fenwicks of Newcastle is a proud symbol of our city centre. Founded in our city, [it is] the pride of Northumberland and the source of so much joy, as well as the object of so many dreams and ambitions.

In 2022 the famous brand has branches in Bond Street and Brent Cross in London, and in Bracknell, Canterbury, Colchester, Kingston, Tunbridge Wells and York – as well as in Newcastle of course were it all started. Kieran McBride, Fenwick’s Newcastle store director, said: “This is a very exciting year for us at Fenwick as we celebrate the 140th anniversary of our very first store here in Newcastle.

“To mark the occasion, we have a fantastic line-up of spectacular events starting with a thrilling circus performance this Saturday inspired by our founder’s son’s love of the circus. There are also all-new celebratory in-store experiences such as Café 140 and Exhibition 140 which explore our rich archive and showcase future talent through our work with Northumbria University.

“We will announce a series of further events in the coming weeks which we are incredibly excited to share with you all. Fenwick has always been proud to be a big part of the community here in Newcastle and we can’t wait to welcome you all to join our celebrations.”

What’s your fondest memory of Fenwicks? 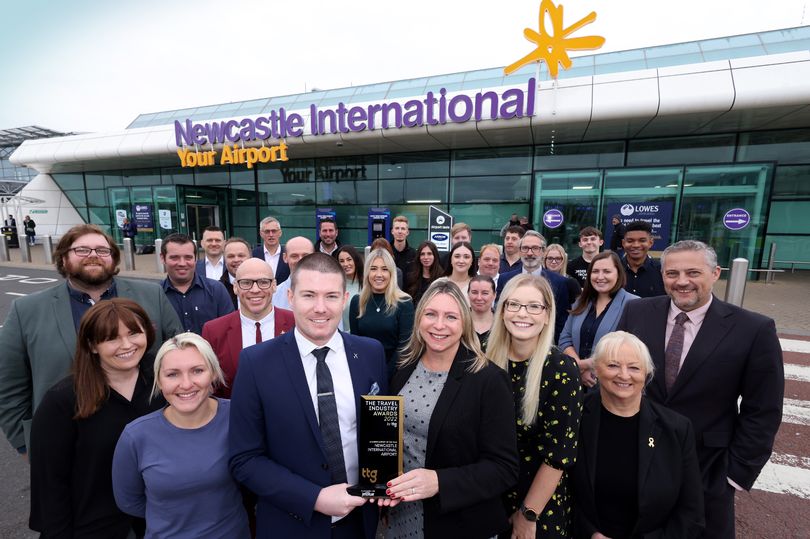 Newcastle International has been named the UK and Irish airport of the year at the so called “toughest to win” travel awards.

The airport scooped the top spot at the Travel Industry Awards 2022, after being voted for by leaders across the tourism industry. The panel of judges were impressed by Newcastle Airport due to its ” strong new routes across a range of airlines and its impressive six-minute security average”.

They also noted its carbon measurement reduction strategy, with the airport aiming to become a net zero carbon airport by 2035, significantly earlier than many other European airport targets. The awards, which are put on by the Travel Trade Gazette, aim to recognise overall performance, support for trade partners, contribution to a fairer travel industry and smarter products.

Now in their second year, the Travel Industry Awards are considered some of the toughest in the industry due to a “robust” system of judging, and hundreds of entries for each spot. Newcastle was one of several entrants for UK and Irish Airport of the year, and was shortlisted alongside Birmingham Airport, George Best Belfast City Airport and London Stansted.

Nick Jones, Chief Executive at Newcastle International Airport, said: ” This achievement is a testament to the work and dedication of employees and business partners across the Airport who have come together to create positive passenger experiences,” adding: “It is a great achievement for everyone at the Airport who has contributed to the award-winning service we deliver.”

Greggs has teamed up with Just Eat to offer customers free sausage rolls in time for the Queen’s big Jubilee weekend. Between tomorrow (June 2) and Sunday (June 5) anyone ordering a Greggs – which is based in Newcastle from Just Eat will receive a free sausage roll or vegan sausage roll, when they spend £10 or more on food or drink!

Better still, sausage roll fans will be pleased to know that the big Jubilee weekend also happens to coincide with National Sausage Roll Day on Sunday, making it the perfect excuse to bag yourself one!

“A national icon with the power to unite Britons up and down the country, the humble pastry is set to claim a starring roll in the Queen’s big weekend,” Greggs said in a statement.

Separately, JustEat is offering a 20 per cent discount on all orders from restaurtants with the word “royal” in their name. To claim this, use the code “ROYAL20” at checkout. 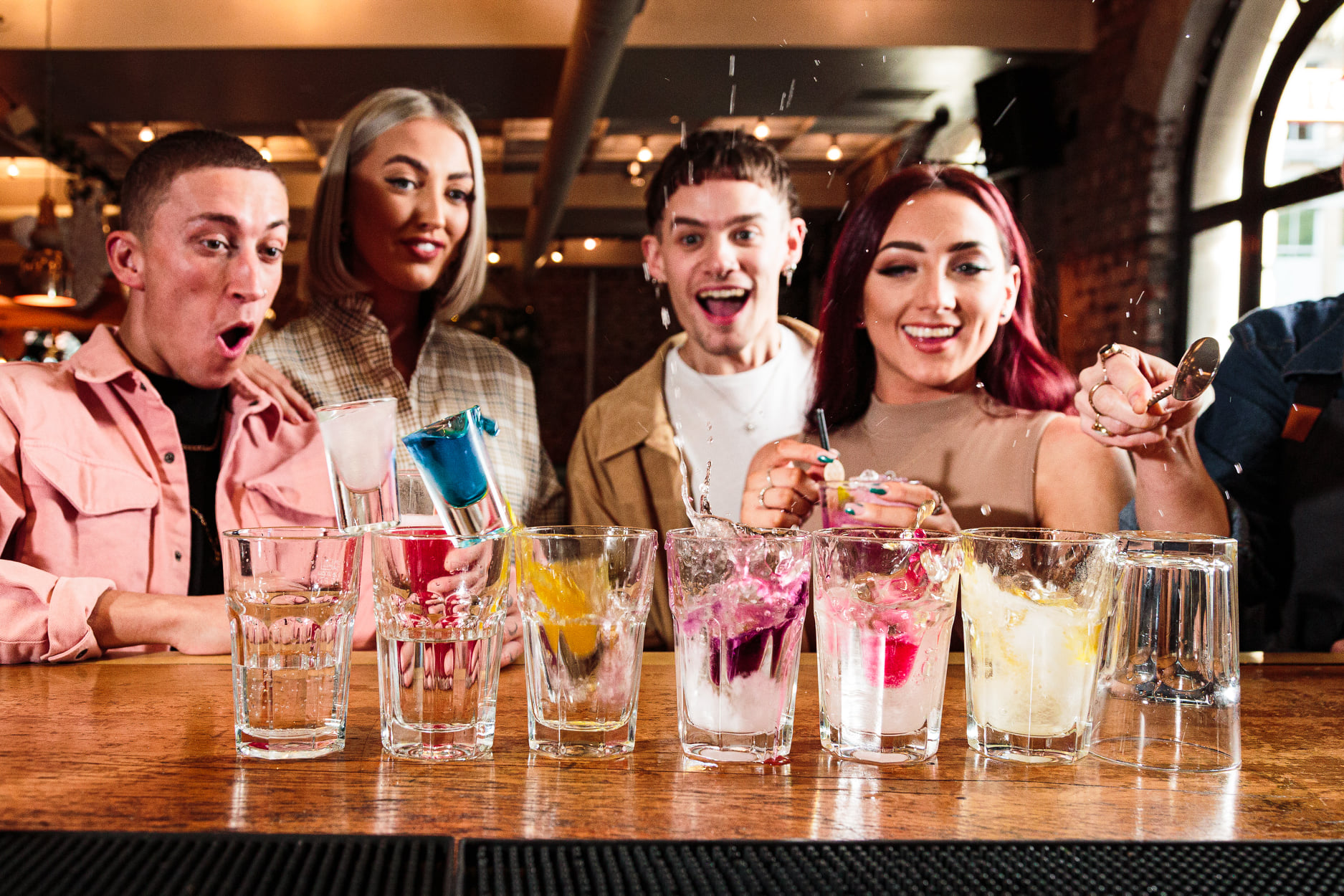 Since Revolution arrived to Newcastle in 2001, on the corner of Collingwood Street and Pudding Chare, they have established themselves to be one of Newcastle’s most loved bars and have served some of the city’s best cocktails and food for the last 21 years.

The UK’s premier vodka bar is reopening on 13th May, just in time for summer, showcasing it’s remarkable transformation. A £190,000 investment will make way for an eye-catching, open plan look, centered around a luxury, VIP, vibrant feel, perfect to capture those all-important Insta moments. Revolution will of course be paying tribute to their much-loved home of Newcastle, with new striking décor showcasing Newcastle’s very own Angel of the North with a vodka twist taking main stage.

The refurbishment brings a brand new ‘best seat’ VIP booth and updated seating areas with a new lighting show and DJ booth. This deluxe renovated best seat VIP booths will allow guests to get to the heart of the party and provide the perfect private place for any celebration or all-important special occasions with DJ’s and bespoke party packages.

The refurbished venue will be the perfect location to cater for lunchtime diners, after work drinks, evening get-togethers, and of course, late-night partying with the finest local DJ talent and events.

The brand is also continuing its mission to be carbon neutral by 2030, after hitting the headlines in 2021 for their forward-thinking tactics. One of just a handful of UK-based companies to sign up to the pledge to hit net zero, the Revolution Bars Group won the prestigious Green Apple Award for Environmental Best Practice for their commitment to the scheme.

With summer on it’s way, Revolution has also welcomed a brand-new special Cocktail menu – with 4 American-themed Cocktails to complement their classic concoctions. The bespoke menu is made up of the Malibu Beach Bae, Tennessee Cherry Sour, Hollywood Highball, and Gold Rush.

“I am super excited for the venue to reopen with its new look on the 13th May. The refurbishment includes an updated look to our beautiful Grade 2 listed building, highlighting the historic bank features, with a Revolution twist.”

“We can’t wait to kick off our relaunch with a huge agenda, starting on Thursday 26th May with the launch of our new Bottomless Dinner, on Friday we are hosting our corporate re-launch event and then going onto our main event of the week – our huge Saturday re-launch party. We have such an exciting line up of big entertainment including DJ’s, sax players, percussionists and so much more across the weekend – this will be a party like no other at Revolution Newcastle”

“We’ve spent a lot of time reviewing our guests’ feedback and we know that they expect great quality and excellent service. We have undergone a big recruitment push and training program to ensure our team, old and new, are ready to deliver the best party in town and welcome guests into our venue for our exciting launch party.”