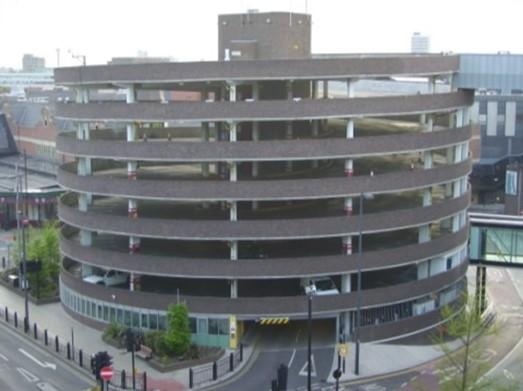 Newcastle City Council have announced plans to scrap the ‘Alive After Five’ parking scheme launched in 2010.

Currently, multi-storey car parks in the city centre are free of charge after 5pm and on street parking is free after 6.30pm.

As part of a car parking review, the council have announced from next year car parking charges could remain in place until 10pm in central city centre parking locations.

Proposed changes to some city centre parking charges that could be in place in Newcastle from next year have been set out. These proposals are subject to statutory consultation which will begin in late November.

The council claim the changes are in accordance with the demand for parking and the ‘need to reduce air pollution’.

Councillor Ged Bell, cabinet member for development, neighbourhoods and transport at Newcastle City Council, said: “The proposals we have set out reflect the need to manage and respond to changing demand for car parking in the city centre. We’ve not only seen changes to the way in which people travel, work, shop and spend time in the city centre since the pandemic, but also a change to the way in which businesses are operating. We must also take into account the need to reduce air pollution and our carbon footprint – both of which are greatly affected by the volume of traffic on our roads. We’re continuing to work with neighbouring councils and public transport providers to deliver network and service improvements for people travelling into Newcastle from our residential neighbourhoods and the wider region.”

In 2010, Newcastle City Council launched the ‘Alive After Five’ parking initiative in order to make ‘life in the city centre easier for everyone’.

The scheme set out to support businesses in the city centre by boosting evening shoppers.

Councillor Robin Ashby, Liberal Democrats said: “Alive After Five was an innovation introduced by the then Liberal Democrats council administration to support the evening economy, but incentivising people to use cars to drive into the city centre is no longer a sustainable choice. We are mindful that times are still difficult for retail, restaurants, and cultural venues and we want to see a vibrant evening economy in the city centre particularly as we enter the Christmas shopping season. The council should take this opportunity to work with NE1 and transport operators to ensure support for affordable and convenient public transport offers to significantly reduce driving into the city centre to enjoy an evening of shopping, dining, or the cinema or theatre.”

Find out more at https://t.co/OPf7VGTpGq