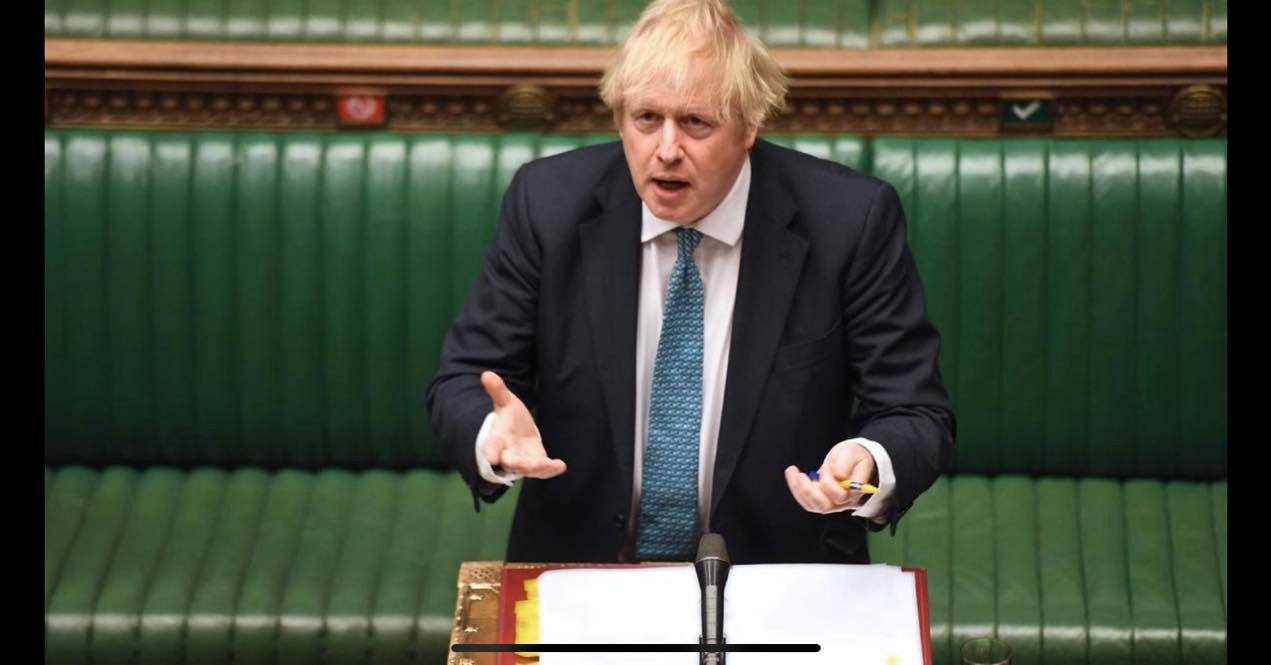 With the inquiry and police investigation looming, Boris Johnson faced a rowdy PMQs this afternoon.

Johnson faced further calls for his resignation from Labour, as his premiership hangs in the balance ahead of the publication of Sue Gray’s report.

The PM insisted his government “gets all the big calls right” and rejected any demands for his resignation.

Labour leader Keir Starmer kickstarted his questions off by asking whether the PM believes ministerial code applies to him, referring to the section which states ministers must resign if they knowingly mislead Parliament.

Johnson responded “of course,” which was met by the PMQs first call for the Prime Minister’s resignation. Starmer claimed it was confirmation he must, as he told MPs last year that guidance was completely adhered to and there was no party.

Starmer stressed the magnitude of the police investigation, saying they’d only investigate “the most serious and flagrant type of breaches.”

He added in a comment directed at the PM: “If you do not understand the significance of what happened yesterday, I really do despair.”

Speaker Sir Lindsay Hoyle had to repeatedly ask for quiet during Starmer’s questions, with shouting and laughter erupting from both sides throughout. In the end, Hoyle threatened: “The next person that stops me hearing will not be continuing in this debate.”

In his fourth question, Starmer asked whether the PM still intended to publish the inquiry report in full. The PM responded that he will do “exactly what he said.”

Before finishing off his questions, Starmer announced that the PMs police investigation was a “shameful spectacle.” He accused Johnson’s cabinet of becoming “more and more complicit” the longer they stayed quiet.

Many Conservative MPs are awaiting the inquiry report before making a decision on the PMs future, reports the BBC.

Johnson disagreed repeatedly with Starmer over his resignation, backing himself as PM and criticizing the Labour leader for being “relentlessly opportunistic.”

The PM labelled Starmer as “Captain Hindsight,” saying because the government didn’t listen to Labour wanting to impose lockdowns the UK now have the “fastest growing economy” in the Group of Seven.

Johnson reiterated during the PMQs he can’t comment on the ongoing police investigation.

Further calls for the PM to resign came from SNP leader at Westminster, Ian Blackford, as he states the only way to restore the public’s trust is to “show the prime minister the door.”

Blackford accuses the PM of “dragging out the agony of families” who followed the Covid rules.

The PM said he had no intention of doing what Blackford suggested, stating he was wrong when he made the point last week and still is now.

Labour MPs continued to fire further criticism at Johnson throughout the PMQs.

Lloyd Russel Moyle said, “I would prefer to be led by a lawyer than a liar,” referencing Johnson’s earlier description of Starmer as “a lawyer not a leader,” whilst Rushanara Ali claimed “threats and intimidation, bribery and blackmail, racism and Islamophobia” characterise the Conservative’s government.

Richard Burgon spoke about a nurse who received a £10,000 fine for organising a protest against government cuts, stating the public are “sick to the back teeth of one rule for the Tories and another for everyone else.”

Conservative MPs avoided the topic of the inquiry and police investigation during the PMQs.

Sue Gray’s report is expected to be published soon.

Firefighters Save Pup From Peril in Kitchen Blaze