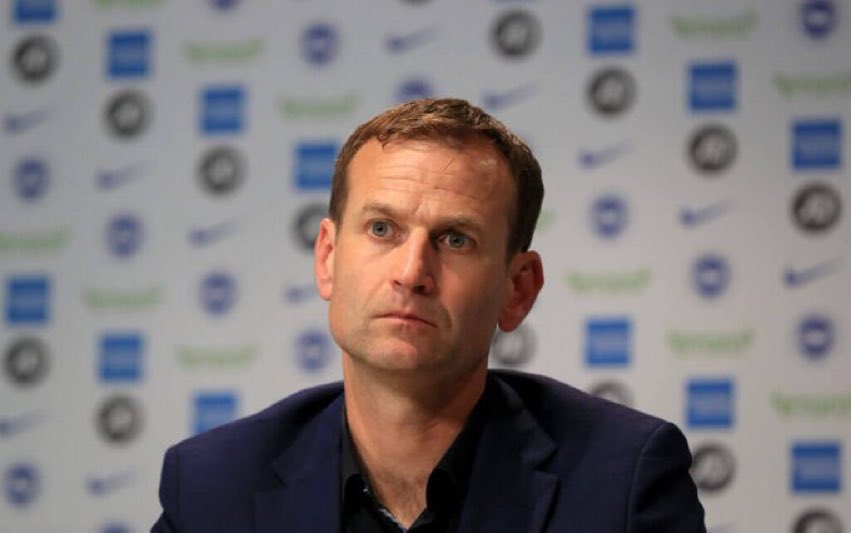 Dan Ashworth has resigned as Brighton’s technical director and is set to take on similar role for Newcastle United.

After an extended period of gardening leave, the former FA chief will become sporting director for NUFC.

David Weir has been promoted with “immediate effect” into Ashworth’s role with the Seagulls.

Although Brighton were eager for Ashworth to remain in his position, the club didn’t prevent Newcastle from speaking to him who expressed interest in Ashworth back in December.

Brighton announced: “He will continue to report to deputy chairman and chief executive Paul Barber for any duties required during his notice period, but as is standard procedure with such occurrences, he will not be expected to attend the club’s premises, or matches, after his handover is completed later this week.”

Paul Barber said: “We are sorry to learn of Dan’s decision. He’s been an important part of the club’s senior management team since joining us from The FA, and has made a significant contribution to our club’s progress in the Premier League and Women’s Super League.

“On a personal level, I will be sad to see Dan leave as we’d developed a close day to day working relationship. Dan’s been an excellent colleague and has become a good friend as well. I wish Dan and his family well for the future.

“However, as is the case with all top-quality people in any industry, we are always conscious of the risk of losing key staff to a rival. With that in mind, we always put in place contingencies and succession plans that are designed to minimise the impact on our club.

“As such, our assistant technical director, David Weir, will now step up and assume the role of acting technical director. He is someone with an excellent knowledge of the role and of our club’s culture from working side-by-side with Dan.

“As previously, we will conduct a search process for the role of technical director, as it is only right to do so. We anticipate a lot of high-calibre applicants but we also fully expect and hope David will be a candidate in this process.”

Chairman Tony Bloom added: “We are extremely disappointed that Dan will no longer be our technical director. He leaves a significant legacy in place and for that we are greatly appreciative.

“Dan’s done an outstanding job and helped build on the progress the club had already made across all of our technical areas.  I wish Dan and his family well for the future.”