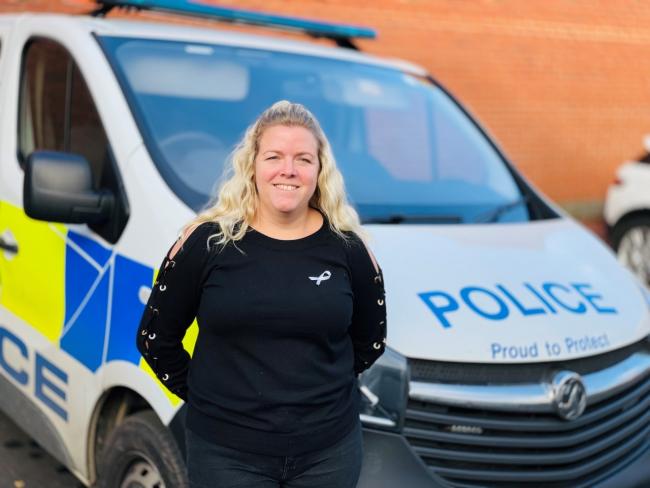 A pilot initiative that pairs domestic abuse victims and their families with a police support officer is being rolled out across Northumberland.

Operation Aegis is dedicated to understanding the root causes of abuse in the home and sees households who have reported domestic incidents assigned a dedicated police community support officer CSO.

The CSO, aided by a Force Victim and Wellness Support Officer, work with the family to understand issues and identify support networks, all while helping to stop abuse cycles.

Following a successful pilot period in the Blyth Valley area where reports of domestic abuse subsequently fell, the initiative is now being rolled out across the region.

Victim and Wellness Support Officer Debbie Wilson has been instrumental in rolling out the programme.

She said: “Northumbria Police are fiercely passionate and committed to protecting the most vulnerable in our communities and that includes victims of domestic abuse.

“This initiative combines safeguarding victims and signposting families to wider support networks with an approach that sees victims be designated a CSO that they can continue to work with, rely on and build trust with.

“This approach has been hugely successful in reducing domestic abuse within the addresses we have focused on and the feedback from families we’ve worked with has been positive. This initiative is really helping change lives for the better.”

She added: “Following a really impactful launch in Blyth Valley, we are now rolling out the project across every community in Northumberland – with a view to introduce it force wide later this year.

“This approach really is making a difference to the lives of those who previously felt trapped in abusive cycles – both victims and perpetrators – and is increasing the quality of many people’s lives.”

Force pays tribute to the ‘kind and fearless’ Jane Munro