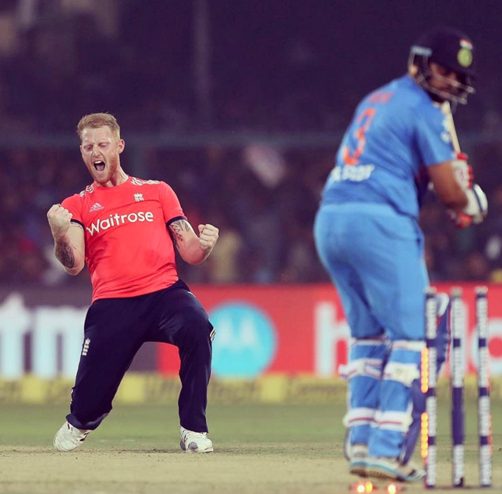 England’s chances of winning the Ashes down under this winter have increased dramatically after the addition of superstar all-rounder Ben Stokes to the touring party.

Stokes was originally set to miss out after making himself unavailable for selection by taking a break from cricket to focus on his mental health. His time away also allowed him to recover from a reassuring finger injury that had been causing him severe discomfort for months.

He initially suffered a broken finger back in April playing for the Rajasthan Royals in the IPL. Then after undergoing a “successful” operation Stokes featured for Durham on a number of occasions before captaining a weakened England side against Pakistan after a COVID outbreak hit the squad.

In July he announced his indefinite break from the game due to discomfort and worries about his mental wellbeing – the added pressure of bubble life also played a part in the decision to take a break.

The decision came as a surprise to many and outlines the need to look after personal wellbeing no matter how high-profile the individual may be.

Earlier this month Stokes underwent surgery for a second time and after fears of delayed intervention his rehabilitation went as expected. His addition to the squad is welcome news to everyone involved in England Cricket and the 30-year-old is excited to be back in action:

“I had a break to priorities my mental wellbeing and I got my finger sorted. I am looking forward to seeing my mates and being on the field with them. I’m ready for Australia.”

England Captain Joe Root responded to the news by tweeting:

The inclusion of Stokes provides more balance to both England’s batting line-up and bowling attack. It also gives the Australian team more to think about, making England a much more troubling proposition.

The talismanic all-rounder often leaves his best for the Australians, who know all too well about the threat he possess after his unbeaten 135 at Headingley in 2019 gave England an unlikely win after facing down the barrel of a certain defeat. A memorable innings to say the least.

Stokes missed the last Ashes series in Australia following his suspension from international cricket after his involvement in a fight outside a nightclub in Bristol; he was found not guilty of affray in August 2018.

Unfortunately Stokes’ return didn’t come in time for the T20 World Cup in the UAE, at which England smashed defending champions West Indies by six wickets after bowling out their opponents for just 55 in Dubai on Saturday.

England’s next game is against Bangladesh on Wednesday.

Root and the rest of the test-match squad leave for Australia on 4th November and will be joined by members of the t20 World Cup squad following the conclusion of the tournament.

The long awaited Ashes Series down under starts on December 8th in Brisbane.

Following the addition of Stokes England may change their bowling tactics from all-seam attack – he gives the touring side an added dimension.

Join the conversation on on social media…

Steve Bruce’s nightmare at Newcastle is finally over, but what exactly went wrong during his time on Tyneside?