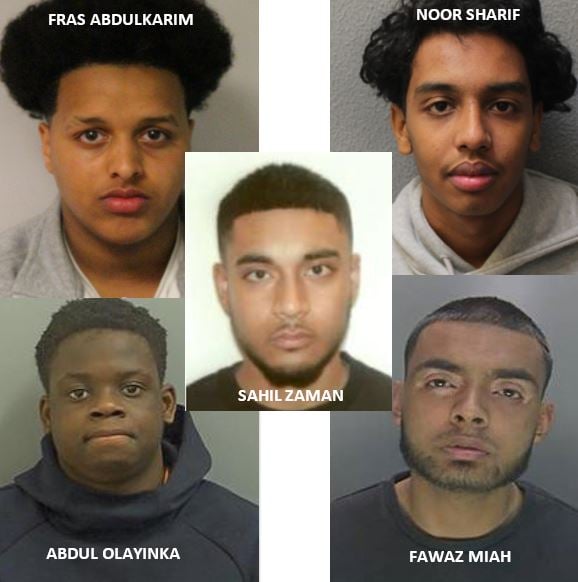 Five fraudsters who committed a series of courier crimes in the North East have been brought to justice.

Between late 2018 and early 2019, the group targeted elderly and vulnerable victims for their own financial gain.

The complex scam saw the criminals contact the victims via telephone pretending to be police officers and claiming their bank savings were at risk.

Detective Constable Gillian Coulson, one of the officers leading the investigation, said: “This is a cruel crime in which criminals target the most vulnerable members of our community and steal their life savings.

“This is a great outcome for the victims and one which protects the public from further offending.

“We remain dedicated to pursuing anyone who seeks to defraud others and we encourage people to look out for vulnerable family members and friends and to challenge anyone on the phone asking for money or valuables.”

With the help of collaborative forces and partner agencies, NERSOU identified five key suspects who resided in the London area and acted as the callers, organisers and couriers.

The fraudsters would convince the victims to attend their bank and withdraw large amounts of cash that would be collected by the ‘officers’ for fingerprinting.

On other occasions the victims were instructed to purchase high value jewellery for the fake investigation.

In August 2021, three of the men, Miah, Abdulkarim and Olayinka, pleaded guilty to fraud by false representation with Zaman and Sharif deciding to try their luck in court.

On 28 January, Zaman and Sharif were convicted of conspiracy to commit fraud and money laundering offences by a jury at Durham Crown Court.

On 31 January, they joined their criminal peers and the five were sentenced to a total of over 21 years.

Detective Sergeant Shaun Fordy, of NERSOU, added: “As part of Operation Sentinel, our initiative to tackle serious and organised crime, we will continue the vigorous pursuit of criminals who target and exploit vulnerable people and we will bring them before the courts.”

Jeff Hendricks admits he wanted move away from Newcastle