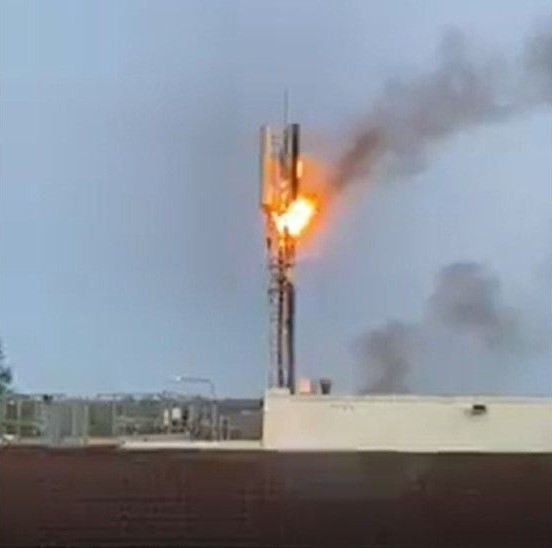 A man who set fire to a 5G mast in Gateshead, causing £100,00 worth of damage was suffering from ‘severe mental health problems’ a judge has said.

David Patterson, who admitted the attack, was sentenced to 12 months suspended prison sentence on Friday, as well as 200 hours of unpaid work. Judge Sarah Mallett described how Patterson climbed into a compound early in the morning on June 21 and set alight to the BT mast which was located on the roof of Wardley Garage, in Gateshead.

She states that “In summary, you thought it was necessary to destroy the mast to protect others.” “That was a product of your mental ill health at the time”.

She added: “He believed tins and tin foil act as a barrier from the waves he believed he was experiencing from the 5G masts, furthered as it was, that belief, by material that is accessible on the internet that, frankly, feeds beliefs that are widely considered and accepted to be completely delusional.”

The owner of the garage received a call around 4:30 am in regards to the fire that had been set. It then came to light that the fire had been caused on the BT owned mast, two fires were caused a later investigation revealed. Alec Burns, prosecuting, said a witness who lives close-by was woken up around 4am and saw Patterson exit his car and noted his car registration. She could hear burning and then saw Patterson return to his vehicle.

Patterson, of Pensher Street East, Felling, Gateshead, called the Police and Fire Service himself and remained at the site until they arrived at the scene of the crime. Following their arrival, Patterson was arrested and taken to hospital for treatment.

The day after, Patterson was admitted to a psychiatric hospital.