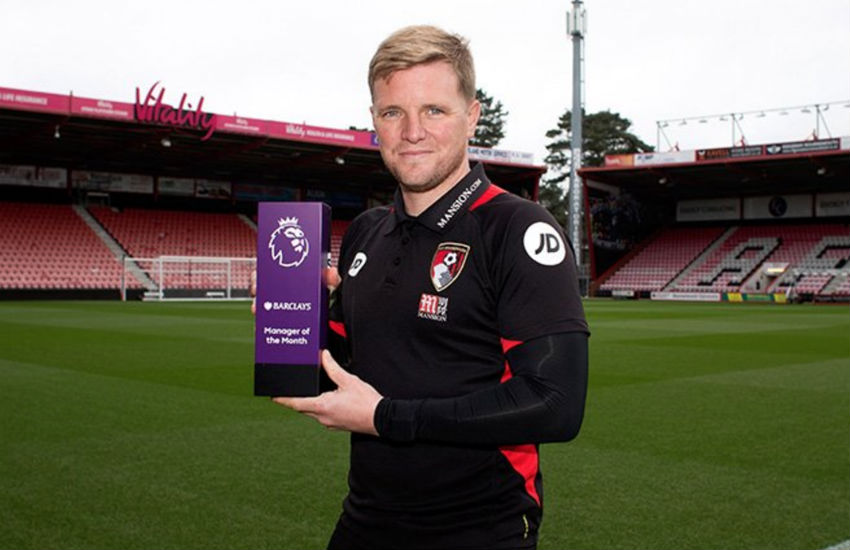 The latest link suggesting Eddie Howe may be in line for the St. James’ Park hot-seat is intriguing.

While Howe is a manager with proven Premier League experience, is his stylish brand of passing football what the Magpies need right now?

Howe has earned plaudits for his work with Bournemouth as his side managed 5 consecutive seasons in the top division of English football. When taking over in 2008 The Cherries found themselves in the depths of league two and faced dropping out of the Football League after a 17-point deduction.

His achievements were acknowledged as he was named Football League Manager Of The Decade back in 2014. He clearly has a track record of success and is no stranger to adversity.

However, in the next 7 games Newcastle need to rapidly pick up points against teams including Crystal Palace, Brighton, Brentford, Norwich and Burnley. The outcomes of these matches are far more important than adopting an exciting brand of football if Newcastle are to remain a Premier League side next season.

The Mags can’t afford to tread water any longer.

Of course there’s a possibility Howe could hit the ground running on Tyneside as he has already worked closely with three members of the current squad: top goalscorer Callum Wilson, hard-working Matt Ritchie and yet to perform Ryan Fraser – never mind the “new manager bounce” he could bring.

In his time at Bournemouth, Howe did manage to get the best out of all three players.

Wilson received an England call-up in 2018 and managed 61goals from 171 appearances in his 7 year stint at the Cherries. He built up an efficient partnership with Fraser who in the 2018-19 Premier League season produced an impressive 14 assists and 7 goals. In the 2014/15 Championship season, Ritchie netted 15 times and featured in the PFA Team Of The Year.

But the fact remains, the current Newcastle squad sits second-bottom in the league, still winless and in desperate need of finding a winning formula before thoughts turn to an influx of new talent in January.

For the moment, Howe is just another name in the Newcastle managerial sweepstake and there has been no formal approach made.

At the time of writing Steve Bruce remains in post and fans travelling to Crystal Palace on Saturday for the Premier League clash still don’t know who will be in the dugout come 3pm.

What are your thoughts – Let us know on social media below…

Next Newcastle Manager Odds: Conte and Martinez Amongst Those to Replace Bruce