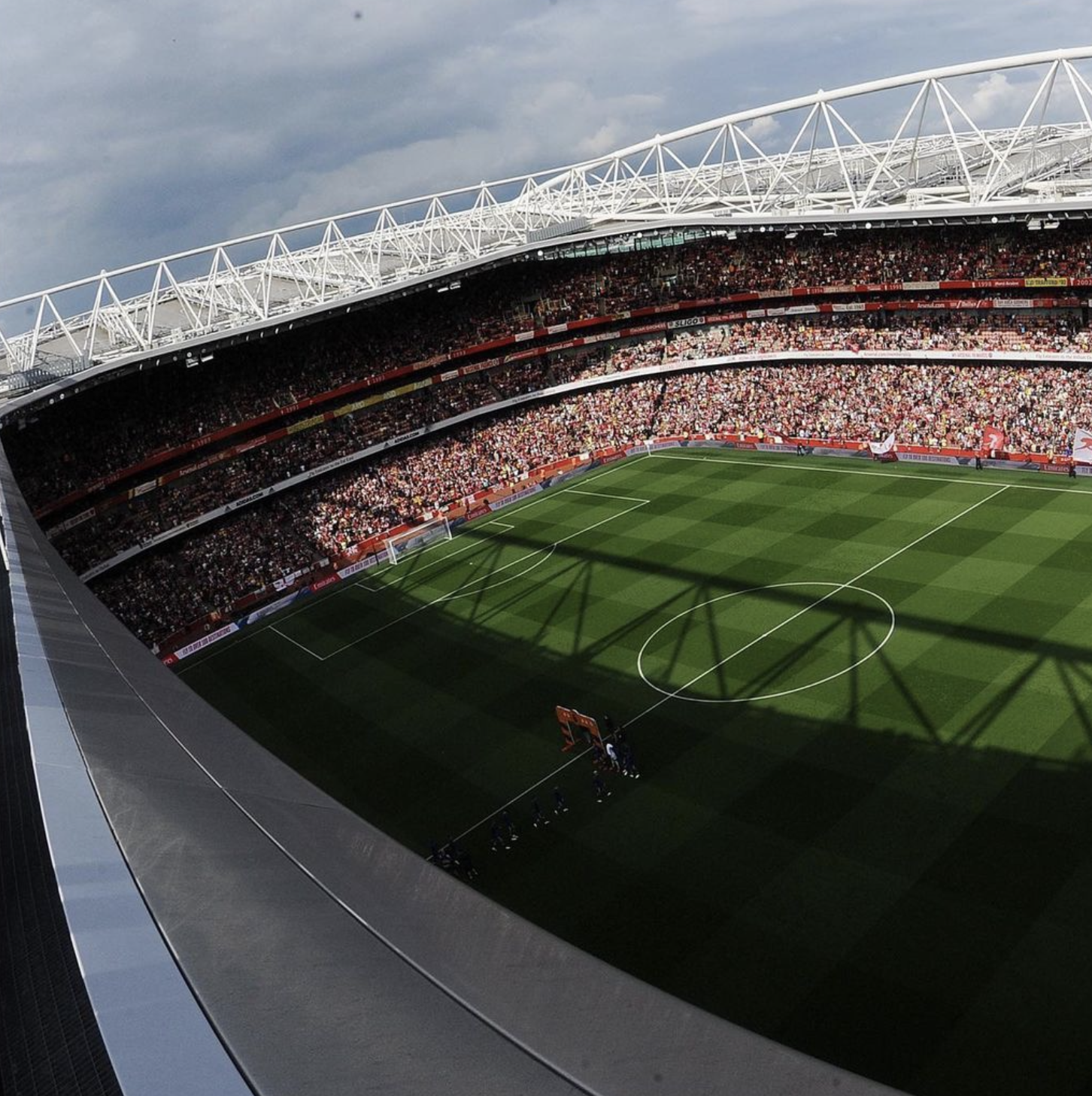 Credit: @Arsenal instagram... The Gunners face Newcastle United at the Emirates in the early kick-off on Saturday...

Eddie Howe is set to be in the dugout for the first time as the winless Magpies travel to the Emirates on Saturday.

Howe’s side will hope to come out of the blocks quickly in North-London after their disappointing 3-3 draw with Brentford last time out.

The Magpies are the only team in the top four English divisions yet to pick up a victory this season. Their woeful start to the 2021/22 Premier League season has left them rock bottom and five points from safety.

A troubling Christmas period is incoming.

However, the team from Tyneside have outscored their opponents Arsenal who have only netted 13 goals in the league so far and come into the game after shipping 4 goals in their disappointing away trip to Anfield last weekend.

Credit: @NUFC instagram – Eddie Howe set to be in the dugout for the first time as Newcastle boss

Howe’s side have been free scoring in front of goal at times this campaign and carry a substantial attacking threat with the exciting Allan Saint-Maximin in fine form.

Top scorer Callum Wilson has shown his worth by scoring important goals in his time at Newcastle but will hope to have more of an effect on this fixture than last time out at home to Brentford. The defensive troubles continued at St James Park and have left a lot of fans worried about the real threat of relegation.

With the January transfer window still eight games away, performances need to improve quickly but the potential for points tomorrow afternoon looks unlikely as Arsenal hope to bounce back from their 4-0 defeat to Liverpool.

Arsenal have won the last six meetings between the two sides without conceding a goal as the Magpies have struggled at the Emirates, not finding the back of the net since 2014.

The Gunners currently sit in 5th position and are in good form following their lacklustre start to the season. They have won six of their twelve games and seem to have found their groove under Mikel Arteta.

The home side’s 10-game unbeaten run came to an end last time out after their humbling defeat to Klopp’s Liverpool.

Perhaps there is still a long way to go for this youthful Arsenal team but their fans have been treated to a decent run at home this campaign, as their side boast the join-best record alongside Manchester City and Chelsea.

They sit three points behind West Ham United in fourth and will hope to get back to winning ways to help bolster their chances of a European Place come the end of the season.

The lunchtime battle promises to be as intriguing as ever but with the form of goalkeeper Aaron Ramsdale and Newcastle’s torrid record against the Gunners, many pundits have backed the home side to get the win in this one.

Arsenal have never lost a Premier League home game against the side starting the day bottom of the table (W15 D6), winning the last eight in a row by an aggregate score of 23-2.

Arsenal boss Mikel Arteta has no new selection problems ahead of Saturday’s Premier League fixture with bottom of the table Newcastle.

Midfielder Granit Xhaka is still unavailable but the Gunners have been boosted by news he could be back before the end of the year after his ongoing recovery from a knee ligament injury.

Sead Kolasinac is still missing with an ankle problem that picked up on international duty earlier in November.

Newcastle striker Dwight Gayle is a doubt for the trip to London with a hamstring injury. Gayle is to be assessed after resuming light training on Thursday – he has hardly featured this season.

Paul Dummett (calf) remains on the sidelines but his return should’t be too far away.

Eddie Howe will be in the dugout at the Emirates after returning a negative Covid-19 test and faces a selection dilemma at the back. There’s increasing pressure to restore ‘keeper Martin Dubravka follwoing his return from a foot injury.

Stand-in goalkeeper Karl Darlow had a tough afternoon last time out in the end-to-end 3-3 draw with Brentford.

Before Howe took over, Newcastle had averaged just 6.5 shots per game in their last five league games with an xG of 0.57. These figures shot up in the first game under their new manager as the Magpies recored 23 shots and a 1.76xG.

The away side are likely to set up with added attacking impetus against the Gunners as they try to get on the front foot and search for their first win.

The appalling defensive record leaves Newcastle in a challenging position and although it was an encouraging start to their new era, this one promises to be a tough proposition.

Pre-match thoughts? Can Newcastle get their first win of the season? Are you happy with the appointment of Eddie Howe? Who is excited to see him in the dugout for the first time?

Match Preview – Cambridge United vs Sunderland AFC: Johnson’s side look to bounce back after disappointing draw with 10-man Shrewsbury