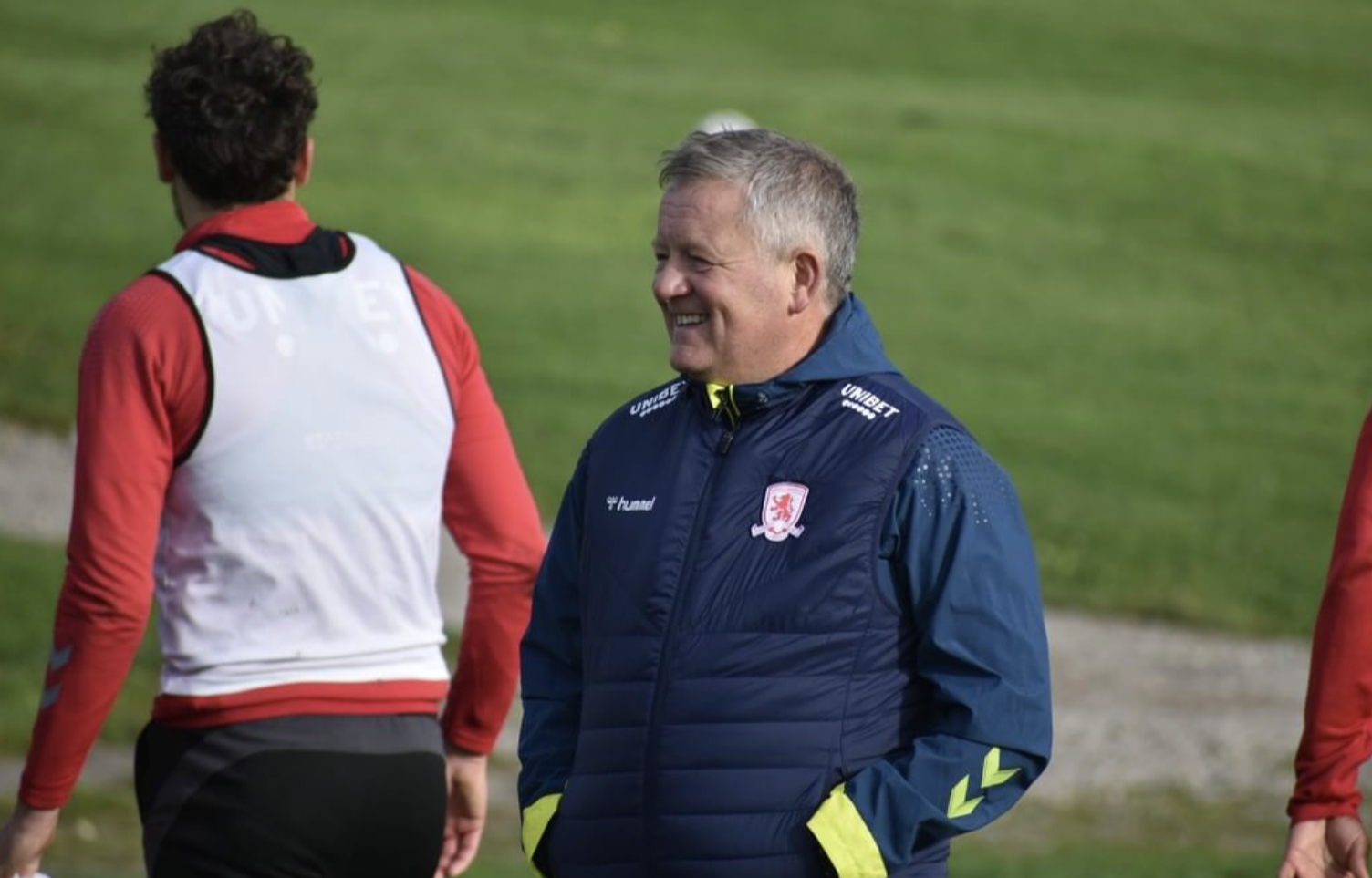 Chris Wilder is still winless as new Boro manager and will be desperate to end his sides poor form against Huddersfield, after their 2-1 loss at home to Preston on Tuesday night.

Middlesbrough are without a win in their last five and travel to West Yorkshire on Saturday afternoon to take on 8th place Huddersfield Town at the John Smith’s Stadium.

Five points separate the sides as the visitors search for three points to try and kickstart their season under new manager Wilder.

Both teams will be looking to get back to winning ways after their midweek defeats – The Terriers lost 1-0 away to QPR on Wednesday.

The home side are just three points adrift of the play-off places and will hope that they can secure the three points come 3:00pm and cement their push towards the top six.

Credit: @HTAFC instagram – The John Smith’s stadium has been kind to the home side this season…

However, Corberan’s side have failed to win back-to-back league games since the end of August, with their most recent attempt being at Loftus Road on Wednesday evening where QPR came out winners.

The 1-0 defeat was unsurprising given their poor away record and the side from West Yorkshire were left frustrated by conceding a late goal.

They will be hoping for a routine victory tomorrow afternoon against a struggling Middlesbrough side who have lost their direction following a string of frustrating fixtures.

Boro Boss Wilder would have wanted to start his reign with at least four points from his opening two games in charge. However, after a home draw with Millwall and late defeat against Preston North End at the Riverside he has started slowly.

Middlesbrough are yet to burst into action this campaign and the Teesiders are stuck at a crossroads in 15th place with the margin to both the play-offs and relegation zone sitting at eight points.

Wilder will be expecting a reaction from his players in West Yorkshire on Saturday.

The visitors have one of the more disappointing away records in the Championship but may be pleased with their recent run in unfamiliar territory as they have picked up four points in their last three games on the road.

The two sides have faced off on 96 previous occasions. Middlesbrough have the superior record with 43 wins under their belt. Huddersfield have been victorious on 33 occasions with 20 games ending in a draw.

The most recent clash between the two saw Middlesbrough claim a 2-1 victory at the Riverside last season thanks to goals from Duncan Watmore and Ashley Fletcher.

The game on Saturday is likely to be a tasty affair with the bookies tipping a home victory for the Terriers.

The Championship table as it stands…

Boro have four players missing for the fixture with Huddersfield on Saturday. Dael Fry and Marcus Browne remain out until 2022 with substantial leg and ACL injuries respectively.

Darnell Fisher and Sammy Ameobi are also unavailable due to injury as the Teesiders have no suspended players ahead of the trip to West Yorkshire.

Duncan Watmore and Andraz Sporar may be rested as the pair underwent late fitness tests during the week. Uche Ikpeaszu could be given an opportunity from the start.

Josh Coburn is another contender to make it in the starting eleven as an attacking option.

For Huddersfield, six players are set to miss out with injuries. Duane Holmes (muscle), Jonathan Hogg (knee). Aaron Rowe (broken toe), Alex Vallejo (knee), Pipa (hip) and Jordan Rhodes (back) have all been ruled out.

Corberan is likely to make a number of changes from the squad who lost 1-0 to QPR in midweek. Frazier Campbell may play ahead of fellow striker Danny Ward, with Ademipo Odubeko expected to remain on the bench.

Goalkeeper Lee Nicholls was man-of-the-match in the last game, despite his side falling to a late defeat and will hope to bring his form into this one and make it five clean sheets in a row at home.

Pre-match thoughts? Can Wilder get his first win as Boro manager?

Match Preview – Cambridge United vs Sunderland AFC: Johnson’s side look to bounce back after disappointing draw with 10-man Shrewsbury