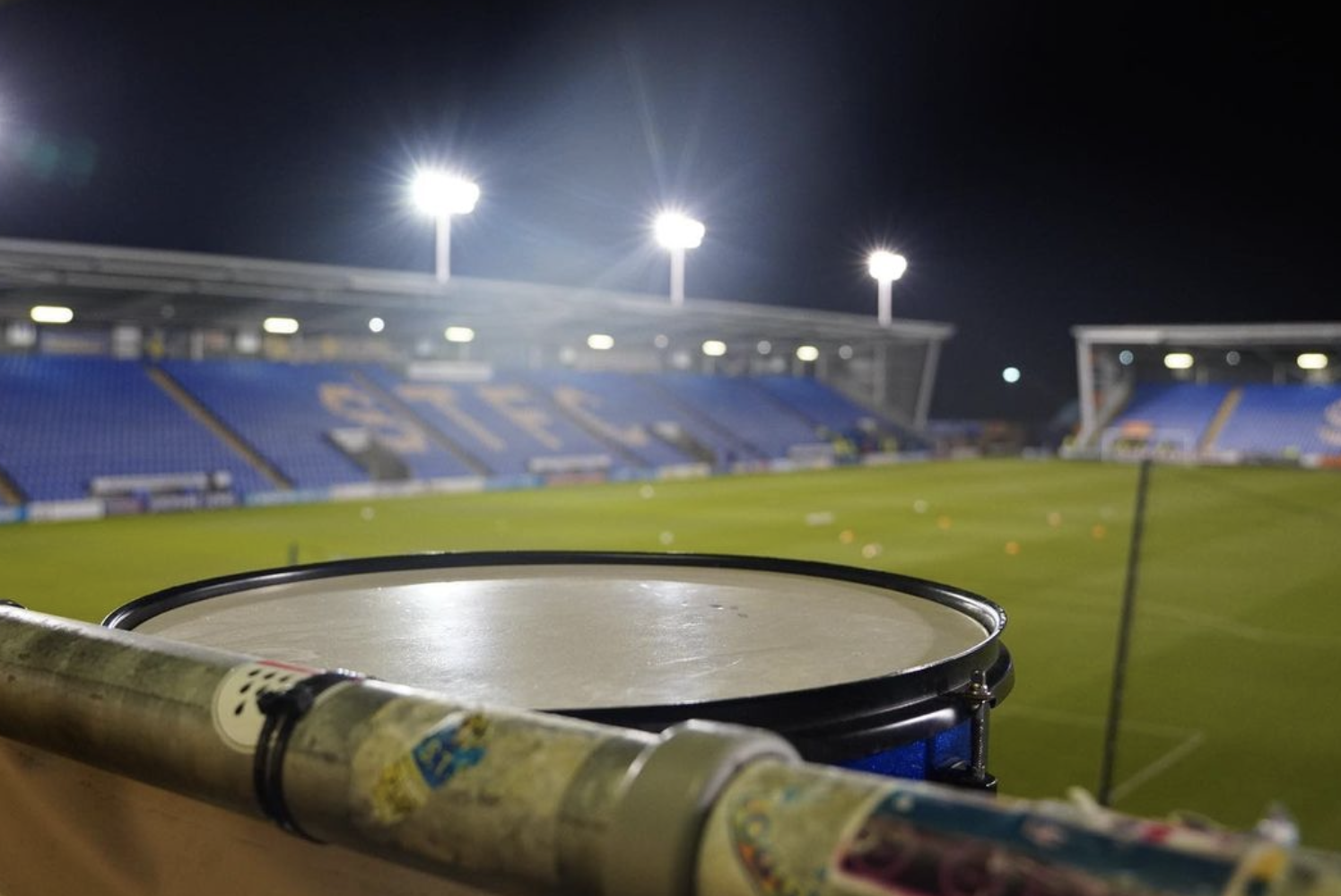 Sunderland threw away a strong half time position at New Meadow to draw 1-1 with relegation threatened Shrewsbury.

The team from Wearside remain in the play-off places but will be kicking themselves after dropping two points in Shropshire on Tuesday Evening.

Many felt Sunderland may have turned a corner following their gritty and far from pretty 2-0 victory over Ipswich at the Stadium of Light which ended their three-match losing streak in the league.

The performance against the Tractor Boys yielded three points and came after two heavy defeats – the most important detail.

However, after the draw on Tuesday night, it’s clear that the corner is yet to be fully turned.

Shrewsbury have hindered Sunderland’s promotion hopes in the past and last night was no different. The home side tested the Black Cats’ metal and once again frustrated the team from Wearside.

The Lads took the lead inside 16 minutes when Alex Pritchard’s impressive curling effort nestled into the top right corner.

The 28-year-old was unchallenged on the edge of the opposition box and gave himself a yard of space before placing his shot perfectly away from Marko Marosi in the Salop net.

Credit: Sunderlandafcofficial instagram – Pritchard nets his 3rd goal of the season in 1-1 draw with Shrewsbury…

Sunderland searched for a second as Lynden Gooch went close when his left-footed effort was tipped around the post.

The game then changed dramatically just before the break as Steve Cotterill’s side were reduced to 10-men when midfielder David Davis went in late on Sunderland’s Nathan Broadhead.

Interestingly the red card gave the home side a lift going into the second half. The Black Cats were unable to make the extra man count as the home side grew into the game in a spirited fashion.

Sunderland were sloppy in possession but still created the best chances in the second half.

Pritchard threatened again as his low shot flew narrowly wide, while goalscorer from Saturday Luke O’Nien had a chance with a free header but his effort drifted wide of the left post.

The Shrews’ nearly found their equalised as Ryan Bowman was inches away from slotting home an equaliser after Nathaniel Obette’s inviting delivery just evaded the striker.

The goal came shortly after when Johnson’s side were unable to clear the ball following a threatening attack from the home side. The ball fell to Daniel Udoh in the Sunderland box, before the striker thumped his shpt home emphatically past Thorben Hoffmann.

After the equaliser, the away side lacked ideas.

Johnson introduced Aiden McGeady and Leon Dajaku in an attempt to add some attacking spark but the game petered out and ended in a frustrating draw for Sunderland who failed to cement their position in the play-off places.

Huge questions may be asked of the Sunderland’s management heading into the hectic Christmas period. The performance last night adds more pressure following another frustrating result.

The Black Cats are desperate to get some momentum behind them as they search for a sensational winning streak. A streak that gives them hope of promotion come the end of the season.

Sunderland face another huge League One clash on Saturday and cannot afford to lose if they want to push their promotion rivals. League leaders Rotherham seem to be opening up the gap at the top and currently sit 5 points ahead of the team from Wearside, who do have a game in hand.

Johnson’s side will be looking to add 3 points to their season tally when they visit the Abbey Stadium to play mid-table Cambridge United at the weekend – another crunch game.

The next few fixtures are set to be season defining in the hunt for promotion back to the Championship after 3 painful years. Strap yourselves in!

Post-match thoughts? Is Johnson the man to take Sunderland back to the Championship?

Match Report – Boro vs Preston North End: Wilder searches for his first win as Boro left rocked by loss at home to Preston

Transfer Rumours: Top 10 players linked with a move to Newcastle United in January according to bookmakers