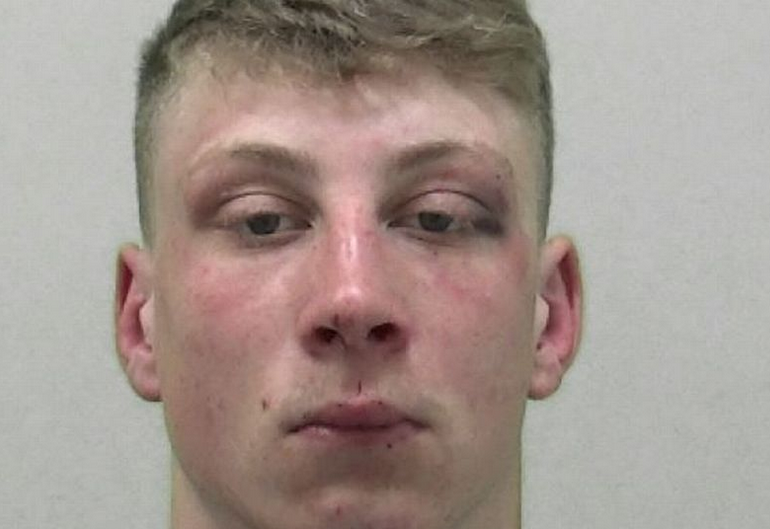 Shoppers were left shocked when a fight broke out in the Metrocentre over a knifeman’s girlfriend being insulted.

Harry Hamblett had gone to the shopping centre on a Saturday afternoon armed with a hunting knife when trouble flared. A court heard three men ended up fighting in front of shocked families just before 3pm on May 29 last year.

When police turned up, Hamblett tried to flee but was apprehended and found to be carrying the knife, which had an eight inch blade. Although he didn’t use it in the fight, Judge Tim Gittins, at Newcastle Crown Court, told him: “It doesn’t matter who started it, you seem to have thought it was an appropriate chivalrous response to an insult aimed at your girlfriend that you should challenge those responsible.

“Violence is not the answer. As we have seen on the public stage more recently, it doesn’t help matters and it certainly didn’t help your girlfriend. It was made much worse by the fact you were carrying a knife at the time. It was an unpleasant hunting knife, eight inches long.”

The judge said he accepted Hamblin, 21, had mental health issues and had been attacked previously in a separate incident. But he told him: “The irony is, carrying a knife doesn’t make you any safer, in fact it makes you less safe. It is, regrettably, an all too common feature of young men’s lives and it seems to have become a routine behaviour as a show of bravado that they feel the need to carry knives.

“The result, all too often, is someone is killed or seriously injured. You and others need to appreciate how seriously the courts view the carrying of knives these days.”

Judge Gittins added: “You were carrying it in a public space where there were vulnerable people present, families and children. Because you got yourself into that altercation, whether you intended to use that knife or not, anything could have happened. Fortunately it did not but it could have fallen out of your pocket and been used by someone else or you, becoming overwhelmed, could have decided to use it.”

The court heard the fight came to light on CCTV at the Metrocentre and a female security guard witnessed part of it. Police were called and prevented Hamblett’s attempts to avoid them and he was restrained and taken to the floor. It was at that point they noticed he had the knife. When interviewed, he said he got involved in the fight after one of the other men called his girlfriend a “s**g”.

Hamblett, who has no previous convictions, pleaded guilty to having a bladed article in a public place. He was sentenced to eight months suspended for 12 months with £300 costs.

Glenn Gatland, defending, said Hamblett was in the army for a time. He added: “He has expressed remorse, he is very sorry about it and accepts full responsibility.” Mr Gatland said two weeks before this, he was attacked and it left him “extremely fearful”.