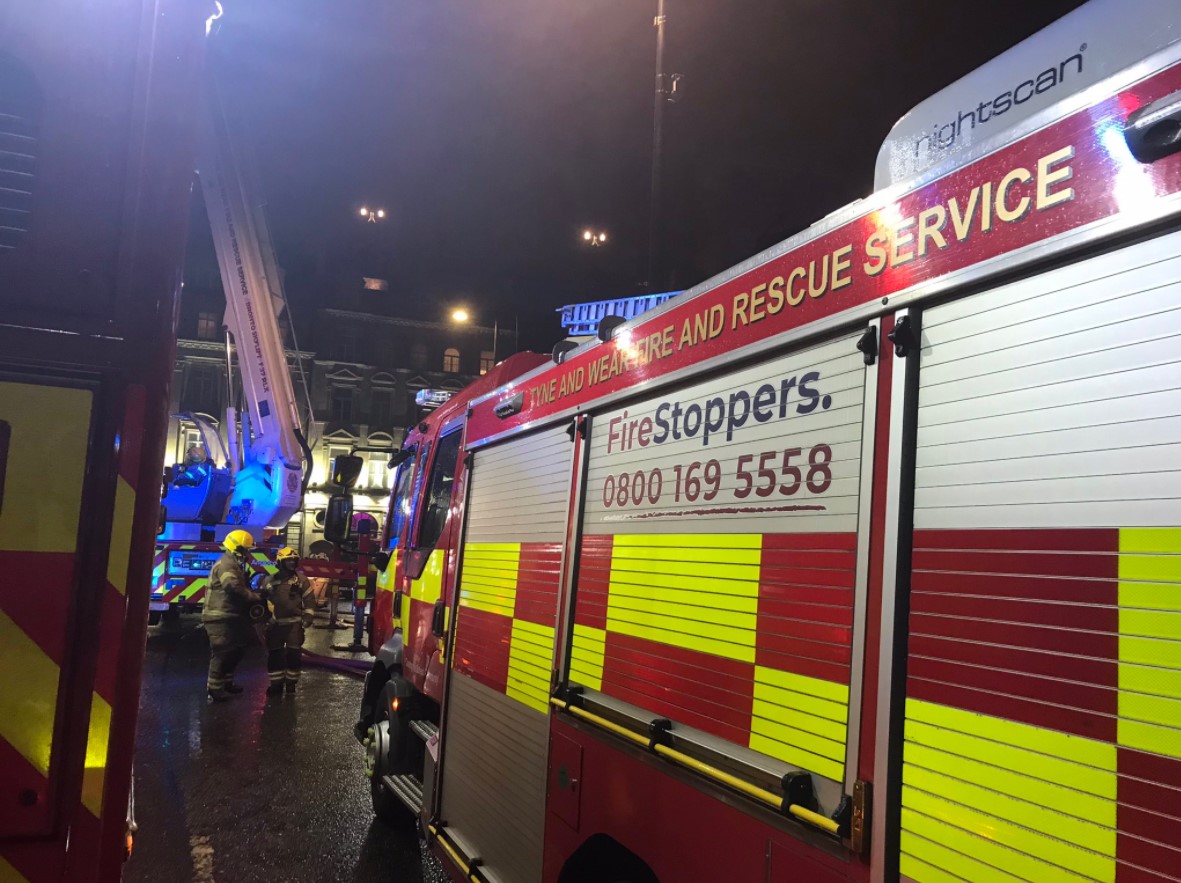 Firefighters and Fire Control staff from Tyne and Wear Fire and Rescue Service have been praised by bosses after Quayside fire.

TWFRS’ Fire Control responded to a call which came in at 4.42pm on Wednesday (2 March) about a fire at a historic building.

The first of six appliances was on the scene in a matter of minutes followed by an Aerial Ladder Platform (ALP) and an Incident Command Unit (ICU).

At the height of the fire, almost 40 firefighters from around the service area were helping to tackle the blaze.

A number of surrounding buildings had to be evacuated for safety precautions.

One member of the public was treated for a minor injury at the scene having attempted to extinguish the fire themselves.

Deputy Chief Fire Officer Peter Heath, said: “I want to thank our firefighters and fire control for their quick response to this incident.

“Their professionalism and fast action has helped save a building of historical importance.

“I also want to thank our blue light colleagues for their support and response to the incident yesterday, as always we work together to keep our communities safe from harm.”

The fire investigation will begin Thursday with support from Northumbria Police.

Anyone with information about the fire is being asked to contact the police via the ‘Tell Us Something‘ page of their website or by calling 101 quoting reference number NP-20220302-0695.

Or alternatively contact the independent charity Crimestoppers anonymously on 0800 555 111.

Share
Related Topics:FireNorthumbria policeQuaysideTyne and Wear Fire and Rescue Service
Up Next