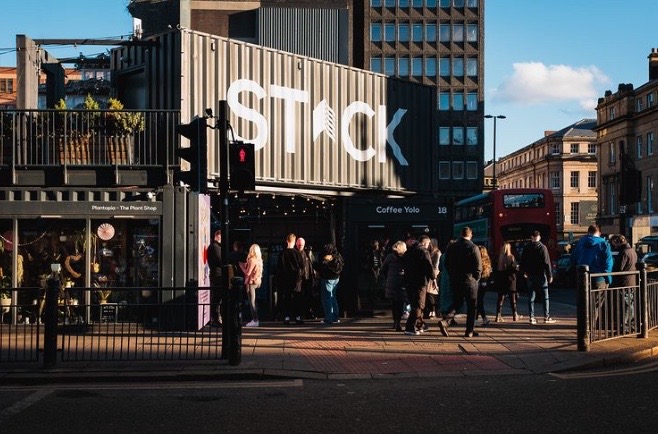 On Monday morning, plans were put before Newcastle City Council to open a new entertainment venue, similar to Stack, on Pilgrim Street.

If Newcastle City Council agrees to grant the license, Worswick Chambers building will become an exciting new venue with bars, food, and entertainment.

Although the proposals are not a direct relocation of Stack, with this entertainment venue being a permanent feature as opposed to temporary shipping containers, there are similarities between the venues.

The proposals outline similar key features such as having no entry fee, offering free entertainment and multiple food vendors.

The design includes three floors, a central courtyard with a big screen and eight bars and seven food stands. If approved, this exciting new venue could open by Summer 2023.

The council’s decision on the proposal will be made public within five working days. Following this, the local authority’s environmental health department must separately approve the noise management plan.

Already, these proposals have been met with concern. Jane Byrne, city centre councillor, has complained ahead of the hearing that Stack bosses “completely failed” to keep noise under control and “given their track record I do not think the applicant can be trusted to adhere to conditions.”

Worswick Chambers is on the same street where Stack was located before it closed on Monday 2nd May 2022 after four years.

The former shipping container venue with bars, multiple food vendors, and entertainment is being replaced by the new Pilgrim’s Quarter Office complex due to be completed in 2027. It will become home to 9,000 staff moved from HMRC’s existing North East offices in Washington and Longbenton. Marc Gill, who is HMRC’s senior leader in Newcastle, has said that, “Pilgrim’s Quarter will provide a first-class, modern, digitally enabled workspace for HMRC’s largest office – right here in Newcastle.”

What are your thoughts on the new proposal? Follow us on Facebook and join in the conversation…

Fantasy Premier League and how you can get involved!

Councillor reveals dream for Stadium of Light to host Eurovision