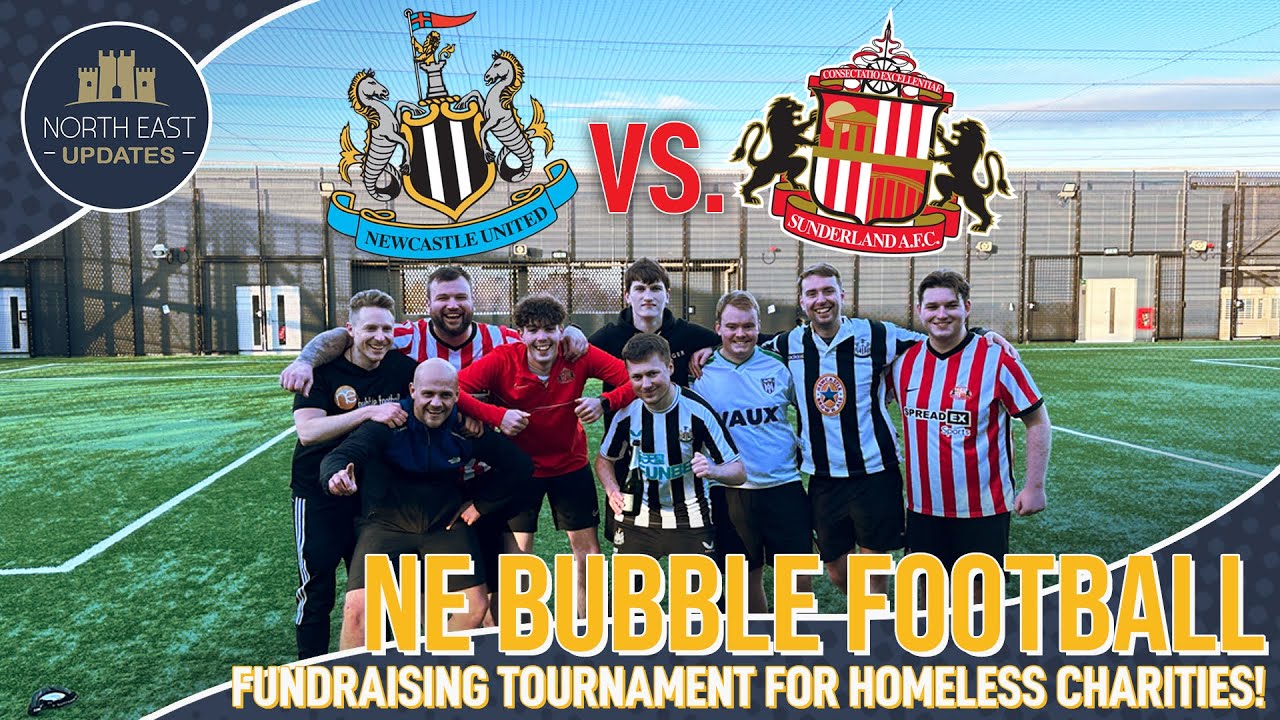 In the name or raising awareness and donations to local homeless charities (with NEoffers.co.uk) this winter some of Newcastle and Sunderland’s biggest bloggers, vloggers and musicians came together with NEbubblefootball.co.uk for the ultimate fun day out competition to see who has the bragging rights!

A special thank you to all of those involved who gave up their time off to get behind this great cause to hopefully raise as much as possible for those in real need.

Want to get involved With NE Bubble Football?

Everyone right now is talking about how great Bubble football is, get involved! Now you and your friends will be able to join in on the fun! For just £20 a head! Bubble Football in North East England is an alternative and crazy way of playing the beautiful sport.

While wearing a Zorbing-like inflatable bubble you are encouraged to bounce, smack and crash into each other whilst fighting for possession. There is no room in Bubble Football for fancy footwork whether you are male/ female, regardless if you have never touched a ball before.

Everyone can play, no football skills required! The age limit is 8 years old and above, players must be around at least 130 cm tall and weigh no more then 22 stone for the size the bubbles we possess.

NE bubble football hosts games for as small as eight people with no maximum numbers and can travel to anywhere in the North East and nationwide. If you wish to organise larger groups to participate just contact through NE bubble football’s email;

info@nebubblefootball.co.uk
No matter what number of players you require NE bubble football can provide the equipment needed to ensure your group gets the best experience possible. Not only will your group include Bubble Football themselves but mini-games including last man standing, kings, dizzy penalties and many more.

Located in Kenton Park Sports Centre NE3 1JQ, very close to Newcastle city Centre, or availability to travel anywhere in the north east depending on availability. All that’s needed is hire of your favorite / closest pitch. Simply arrange a date and suitable time subject to availability.

The History Behind Durham Cathedral

We take a delve into the History Behind Durham Cathedral…

The Norman Conquest in 1066 was one of the most important events in English history. As the first Norman ruler of England, William the Conqueror began establishing a new English monarchy. We frequently discuss the effects this had on English culture, but we also need to acknowledge the significant effects it also had on English architecture.

Soon after William the Conqueror’s passing in 1093, construction on Durham Cathedral got underway. But why did this place need a church? That tale was first told by St. Cuthbert, the Bishop of Lindisfarne in the seventh century. In the ninth century, Lindisfarne monks escaped with St. Cuthbert’s remains before the casket became too heavy to lift out of fear of Viking assaults.

They constructed a shrine after interpreting this as proof that the saint had chosen this location as a suitable grave. It’s hardly unexpected that the monks chose this location for their new residence given that they were escaping Vikings; the peninsula is naturally protected by steep riverbanks. A church was constructed throughout the ensuing decades and developed into a well-liked destination for pilgrims.

William of Calais was chosen by William after arriving in England to become the first Prince-Bishop of Durham. The Bishop has many responsibilities. One of his duties was to defend and advance the faith. This task involved constructing a larger cathedral to hold St. Cuthbert’s relics and accommodate an increasing number of pilgrims. Additionally, the Venerable Bede’s remains, who was one of the most important thinkers in mediaeval England, were transported to Durham. Construction on the impressive Durham Cathedral started in 1093 after detailed plans had been made.

Durham Cathedral intended to be totally composed of stone, unlike the majority of English cathedrals at the period, which were at least largely constructed of wood. That was significant. Since the fall of the Roman Empire, no one had fully mastered stone architecture, therefore this was a challenging project. One reason was that it needed a great deal of organisation and preparation since craftsmen and employees were hired. In addition, it needed a lot of stone—a lot more than the typical building at the time. Fortunately, a sandstone quarry was close by, but moving enough material required extensive planning, cooperation, and newly standardised quarrying techniques.

How the engineers would construct a building with a stone roof was the great unknown. Romanesque was the name of the period’s architectural style, which was more of a general trend in Europe than an united movement. Romanesque structures were entirely composed of stone, but only due to their extreme thickness, weight, and lack of windows were they able to carry that much weight.

We bring you not only #history coverage but also everything North East with coverage from North East Sports, News, Events, Culture and much more… Follow our page for more content!

Top 10 most haunted places in the Northeast of England 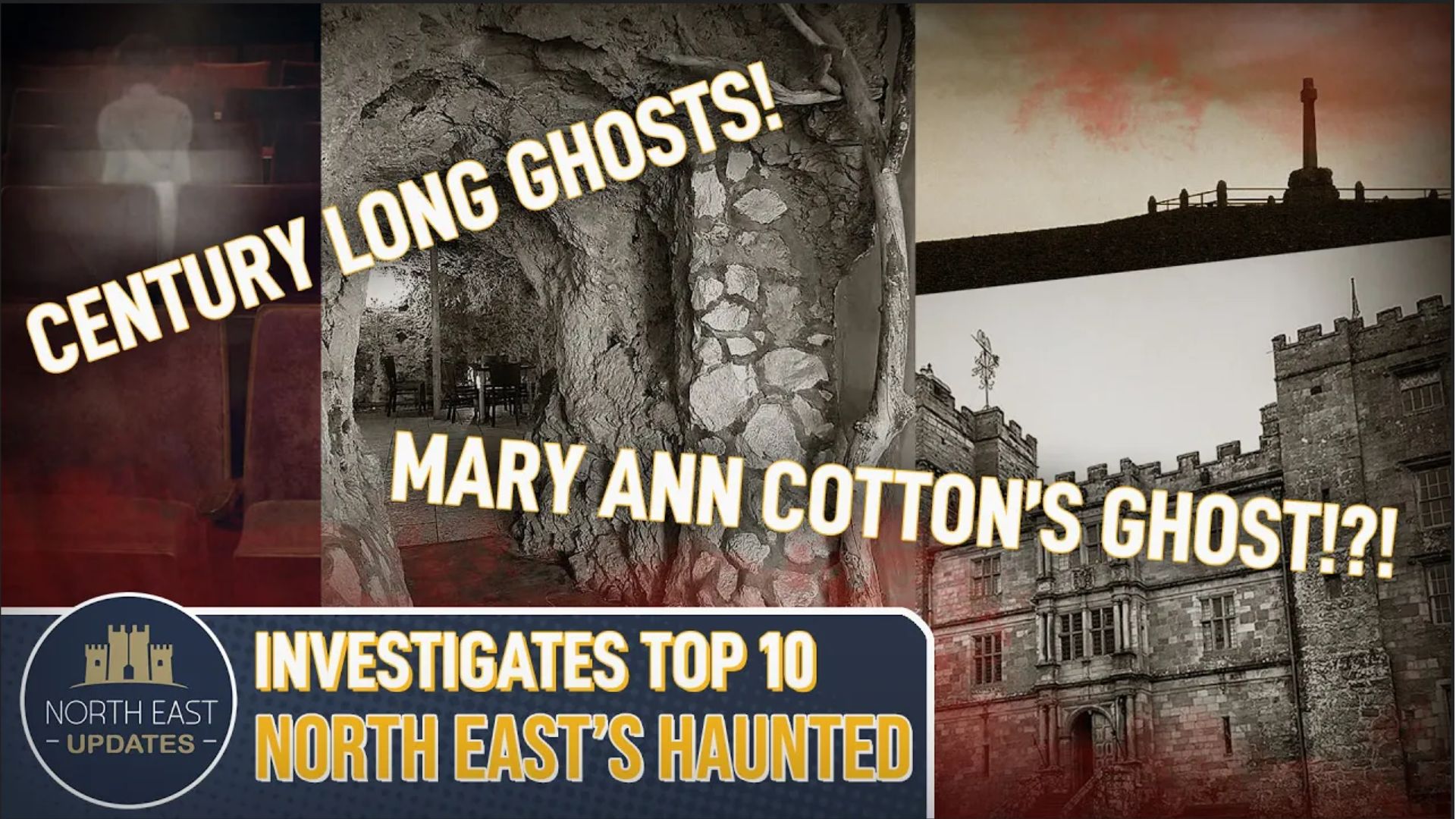 The Royalty Theatre in Sunderland starts the list of haunted locations in the North East.

The theatre, which was first constructed as a church in the 19th century and later used as a hospital during World War I, is rumoured to be the site of poltergeist activity and unexplained footstep sounds both on stage and in the wings.

Additionally, there have been numerous tales of a ghost sitting in the back of the auditorium, sending chills down the spines of viewers.

At Flodden Field up to 19,000 soldiers died in the biggest English-Scottish combat ever fought on Flodden Field in 1513. It is still conceivably the most spooky location in Britain.

The Marsden Grotto, which is located in Marsden Bay in South Shields at the base of the limestone cliffs,
is a serious candidate for the title of Britain’s most haunted pub.
This is due to accounts of unsettling pounding noises coming from the cellar and eerie bare footprints on the bar floor that simply won’t wash away.
Aside from those restless ghosts, it is also said that The Shoney, a sea monster, is hiding in Marsden Bay.
7# Blanchland
With barely over 100 residents, this charming Northumberland village has a lyrical name but a terrifying past that can be traced from the church’s cemetery, where monks who were killed in a brutal raid repose.

According to legend, a dense fog covered the valley, confusing the Blanchland monks as they prepared to defend themselves against savage outlaws intent on pillaging their monastery.

The monks began to rejoice, believing this to be a divine intervention. However, the peal of bells attracted the attackers’ attention and helped them find the monastery, where they eventually slaughtered the monks.

There are rumours that a funeral knell has been ringing since the slaughter and that the graveyard contains vague silhouettes of the deceased friars.

This Sunderland bar is said to be a favourite stopping point for local paranormal investigators. It is said to be haunted by the spirit of serial killer Mary Ann Cotton as well as some of her 21 poisoned victims, including two of her own children who were purportedly buried in the basement of the bar.

This Halloween, be prepared for phantom cries and screams to fill the bar and unexpected appearances of a woman dressed in Victorian attire.

A ghost known as “Poppy Girl” is said to haunt the 12th-century monument in Newcastle. She was a flower girl who was imprisoned in the castle and ultimately perished there.

She has been seen multiple times exploring the premises, and whenever she appears, there is typically the scent of new flowers in the air.

While speaking with a staff member at Newcastle’s Castle Keep, psychic world correspondent Matthew Hutton reported that the employee claimed that “he was thrown to the floor by an invisible force and scratched on the leg, causing a wound so deep that it required stitches.” The hotel goes on to say that not all ghosts residing on the property are as innocent and harmless.

Watch our video below for the Final top 5 not listed here! 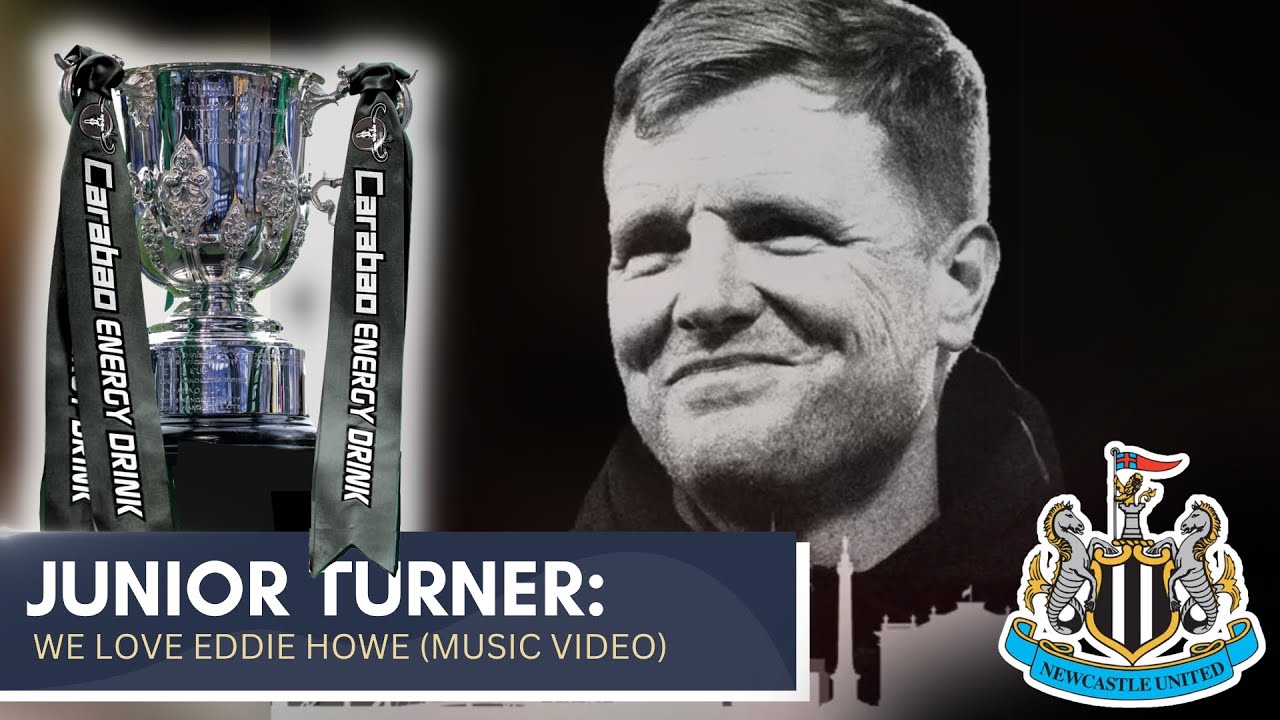 Junior Turner is back with his new song – We Love Eddie Howe – with NUFC fans now booked into a date in Wembley this could be the anthem of the trip!