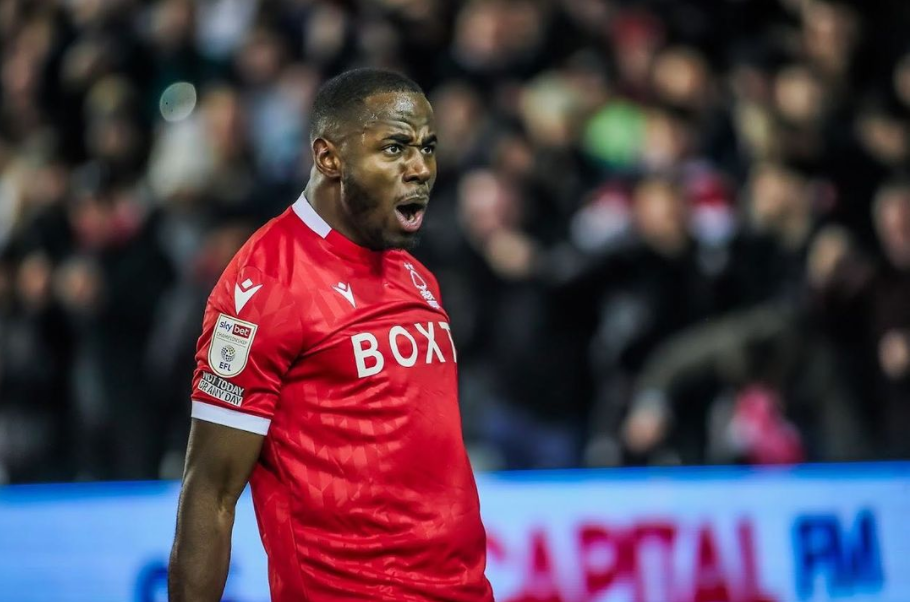 A Leicester supporter ran onto the pitch and attacked players after Nottingham Forest scored their third goal in Sunday’s FA Cup game.

A man was arrested and held in custody on Sunday night following the incident.

Before stewards managed to take the man away, the fan appeared to punch Keinan Davis during his side’s 4-1 win against Leicester.

The Foxes supporter has been banned for life by his club.

Footage of a Leicester City fan attacking Nottingham Forest's players while they celebrated.

In a statement, Leicester said: “The club is appalled by such behaviour and offers its apologies to Nottingham Forest and its players whose safety was compromised.

“We applaud the swift action taken by City Ground stewards in apprehending the individual involved, who will be subject to a lifetime ban from all Leicester City fixtures at home and away.

“We will offer every support to the relevant authorities in pursuing further appropriate action.”

Whoever that so called fan was who ran on to the pitch throwing punches at @NFFC’s players should be banned for life by @LCFC. An embarrassment and a disgrace.

The pitch invader made his way onto the pitch during the first half of the match.

Quick-thinking security staff sprung into action and tackled him to the ground.

Fans had been urged to enjoy the match with safety by Nottinghamshire Police ahead of the game, which marked the first time the rivals had met in nearly eight years.

Nottinghamshire Police said: “We have arrested a man in connection with an incident that took place today during the first half of the Nottingham Forest and Leicester City FA Cup match.

“Investigations are in the very early stages and our inquiries into the circumstances surrounding the incident are ongoing.”