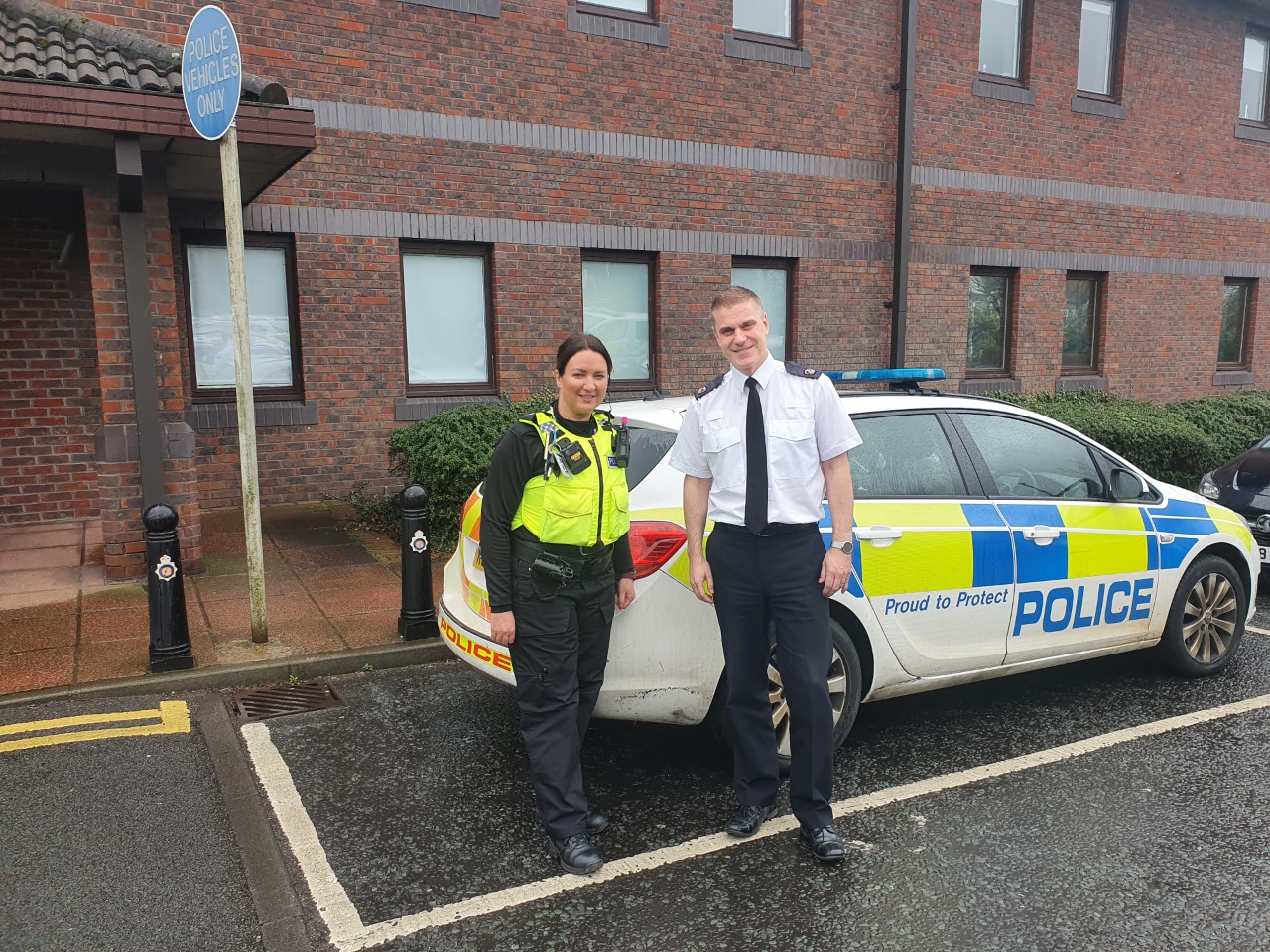 Off-duty PC hailed a hero after she stopped to help a man in a state of distress on the Tyne Bridge in Newcastle.

PC Lisa Robertson noticed the man on her way to the cinema. Without hesitation, she pulled over her car and immediately sprang into action as her instincts kicked in.

The kind-hearted cop struck up a positive rapport with the man in his 40s, keeping him talking while at the same time alerting police and calling for support.

Within 30 minutes, PC Robertson – supported by officers, partner agencies and members of the public – had helped bring the man to safety and made sure he was given the appropriate support by medical experts.

PC Robertson, who joined the Force in 2019, said: “I just did what anyone would have done – and the most important thing is that the man was brought to safety.”

Robertson said there was never any doubt she was going to pull over and try to help.

She added: “I hope he gets the help and support he needs, and thankfully everything worked out for the best. It was a team effort – from all the emergency service staff and support services who attended to the members of the public who offered to assist.

“We’re in this job to try and make a positive difference, so I’m really pleased I was able to manage that and help bring this incident to a safe conclusion.”

After hearing of her outstanding intervention, Superintendent Barrie Joisce met with Southwick-based PC Robertson on Friday.

Supt Joisce said: “We are incredibly thankful and proud of PC Robertson. Without doubt, her quick and decisive actions that night helped save the man’s life.

“Her warmth and caring nature shone through as she stopped to help and she expertly seized control of what could have been a very difficult situation.

“Wanting to protect the vulnerable is in the DNA of any outstanding police officer. PC Robertson certainly showcased that in abundance and she deserves huge credit for going above and beyond in this way.”

“I know she sacrificed her night out at the cinema to care for the man, offering to stay even longer to help despite not being at work and at a time when she deserved to relax and unwind.”

As a heartfelt gesture, Supt Joisce offered PC Robertson a cinema voucher as a token of his appreciation.

Supt Joisce added: “PC Robertson is exactly the type of person I am proud to have working alongside me in the policing family and know the public will share my gratitude to her for being a true life-saver.”

Jet2 Suspends Flights from Newcastle Airport to Krakow in Poland