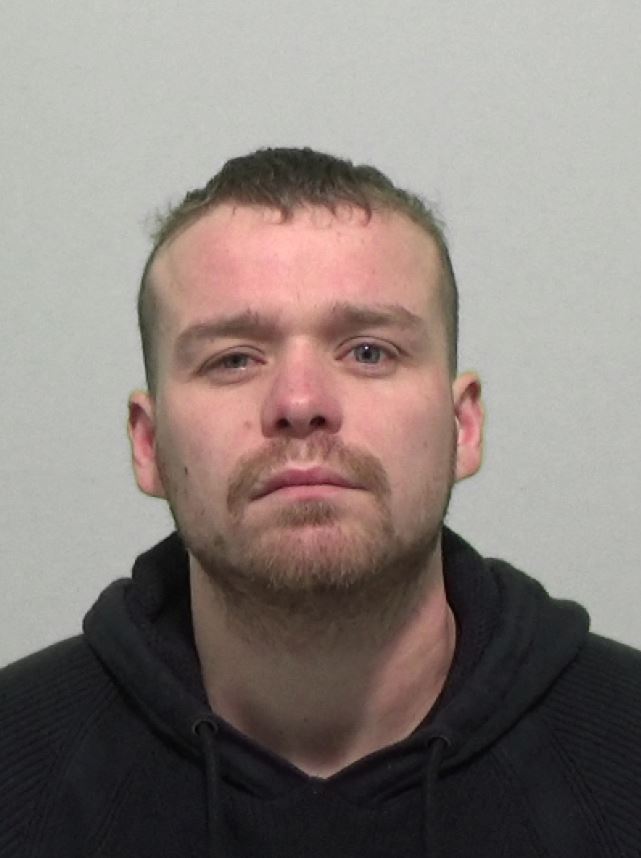 Northumbria Police have applauded the bravery of an 84-year-old man who defended himself from an intruder.

In January 2020, desperate Daniel Sullivan donned a black balaclava and crept into the pensioner’s South Shields home, threatening to shoot him if he didn’t hand over £100.

However, the brave pensioner refused the request and demanded Sullivan leave.

Angered, the 32-year-old opened fire and shot his victim in the chest with a BB gun.

But the plucky victim’s fight and determination prevailed as he picked up a mop to chase his attacker away and called 999.

The victim was taken to hospital and officers launched an investigation.

Sullivan was arrested the next day and a search of an address recovered a BB gun and pellets.

Members of Northumbria Police’s forensics department successfully linked the items and DNA found at the scene to Sullivan – who continued to claim his innocence.

He was charged and later found guilty of aggravated burglary, wounding with intent and possessing a firearm.

During the trial, a jury was read a statement from the elderly victim, which said: “I have always been proud of my ability to defend myself and have always stood up for myself and what I believe to be right.

“On the night my home was entered this was no different; I stood up to the man who threatened me.”

But despite his immense bravery, the pensioner revealed the incident has had a long term impact on his quality of life.

He said: “Before this incident I had never felt vulnerable despite my advancing years.

“I now know I am vulnerable and was most likely targeted because I am older. I was frustrated that I couldn’t catch the person who did this to me at the time, although I did try to go after him.

“Having been so strong in my younger years I have found this difficult to cope feeling like this.”

On Wednesday, at Newcastle Crown Court, a judge sentenced Sullivan, of no fixed address, to 14 years behind bars.

Detective Constable Kyle led the investigation, she said: “While we would never ask members of the public to put themselves in danger, we want to recognise the bravery of the pensioner who fought to protect his property and stand up for what was right.

“But even the bravest among us don’t manage to walk away unscathed and sadly this heroic gentleman has been left with scars both physical and psychological.

“We continue to support him and sincerely hope that knowing his attacker was so swiftly arrested and has now been jailed for 14 years will provide some comfort to him.”

She added: “We know the age defying gentleman in this case has regrets that he never managed to catch his attacker himself, but we want him to know he did everything he possibly could to defend himself and his help with our investigation means a dangerous man is now behind bars. Thank you for your bravery that day, and every day since.”

Meet PC Amii Stewart and her experience of the pandemic