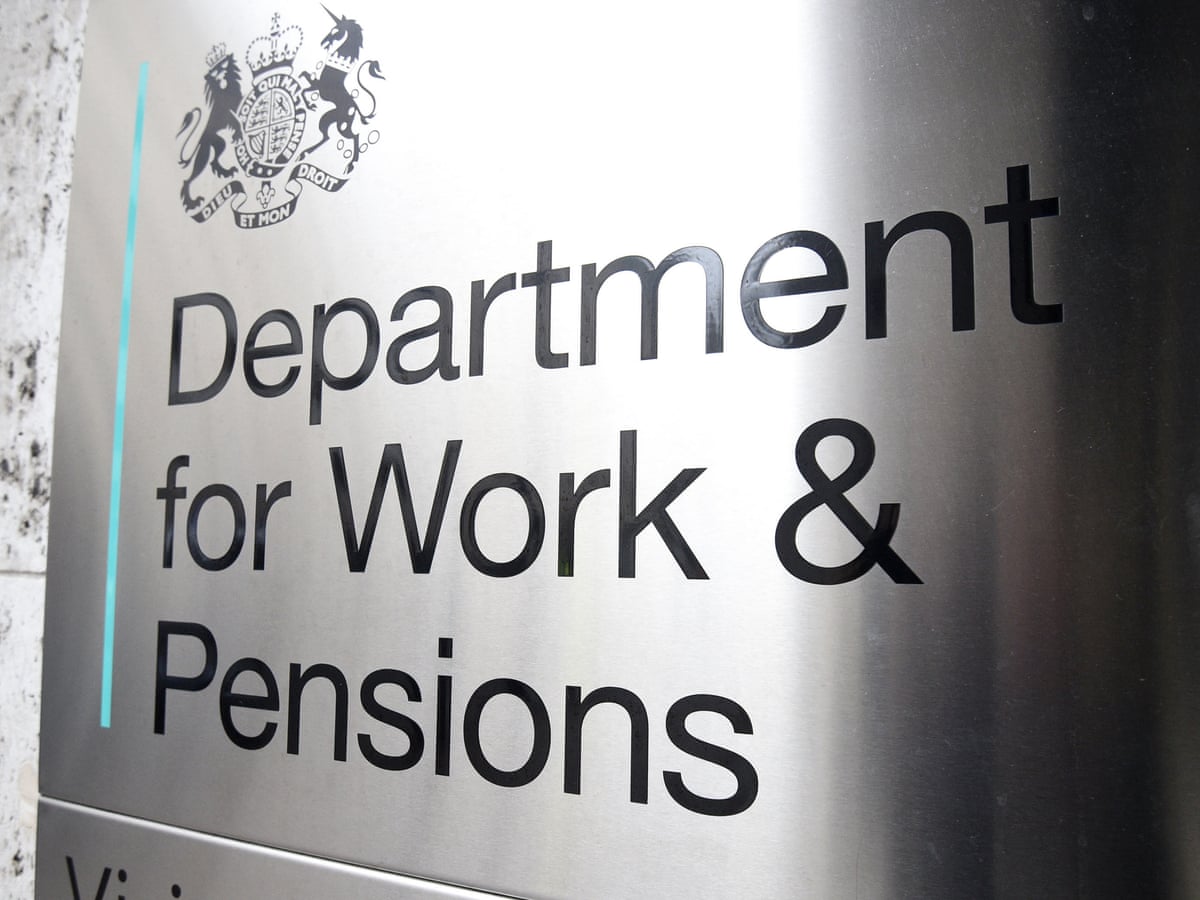 By ending the additional £1,000 a year boost to universal credit, new research finds that the mental and physical health of thousands will be damaged.

The Health Foundation predict that areas of the UK such as Blackpool, East London, and Wolverhampton, where people already struggle with worsened health, will be hardest hit by these cuts.

Payments will be reduced back down by £80 a month, or £20 a week, to the original amount pre- pandemic, and further support has also been ruled out by the government.

Baroness Stedman-Scott, the work and pensions minister, has revealed that there has been no assessment of the impact the scrapping of the universal credit boost will have on the public.

“The department has not completed an impact assessment of the ending of the temporary uplift, as it was introduced as a temporary measure.” The minister recalls.

“This is because we have no obligation to conduct an impact assessment as we’re returning to business as usual as the temporary Covid uplift is expiring as it was always intended to do.” She continues.

This news, as well as Boris Johnson’s plans to increase tax and national insurance contributions by 1.25%, will have a massive impact on the health of the public, especially with winter just around the corner.

Charities such as Save the Children have spoken on the subject, with director Dan Paskins saying, “this time of year is already challenging, with parents having to pay more for heating, school uniforms and winter clothes.”

The Health Foundation charity say that these additional stressors will add an extra challenge for those residing in poorer areas of the UK such as Blackpool, where over the course of one year, the average loss of benefits will be £283 per person.

According to the charity, 7 out of the 10 worst affected UK council areas have a healthy life expectancy below 60 years, and “the removal of such a vital chunk of income (will) contribute to rising mental ill health.”

Marcus Rashford, footballer and anti- poverty advocate has spoken up publicly on the issue, tweeting “we should be focusing efforts on developing a sustainable long- term roadmap out of this child hunger pandemic.”

The DWP’s latest figures show that there were 5 million households receiving universal credit as of the 8th of July 2021, a staggering number of families due to be affected by the boost cut.

There has been a variation of academic studies that define a link between poor mental health and universal credit.

Research at Newcastle and Teesside universities has established that UC should be deemed a serious threat to public health, with a number of claimants saying that dealing with the system has been so stressful that they had considered suicide.

Labour MP Zarah Sultana has recognised the cut to universal credit as “an attack on the working class from the party of the super- rich,” and has debated in parliament to defend the members of her constituency affected by the cut.

When asking the public to get in touch with her regarding how the cut would have an impact on their daily lives, Sultana reported that the responses were “truly heart-breaking.”

However, the Labour MP is seemingly outnumbered, with another government spokesperson saying “as announced by the chancellor… the uplift to universal credit was always temporary.

“It was designed to help claimants through the economic shock and financial disruption of the toughest stages of the pandemic, and it has done so.”

Director of health at the Health Foundation, Jo Bibby, speaks up to say that “the pandemic is not yet over and if we are to avoid long- term scars, it is vital that we maintain this support on which so many families rely.”

Related Topics:
Up Next

Cocktail Bars in Newcastle and the North East – Top 10 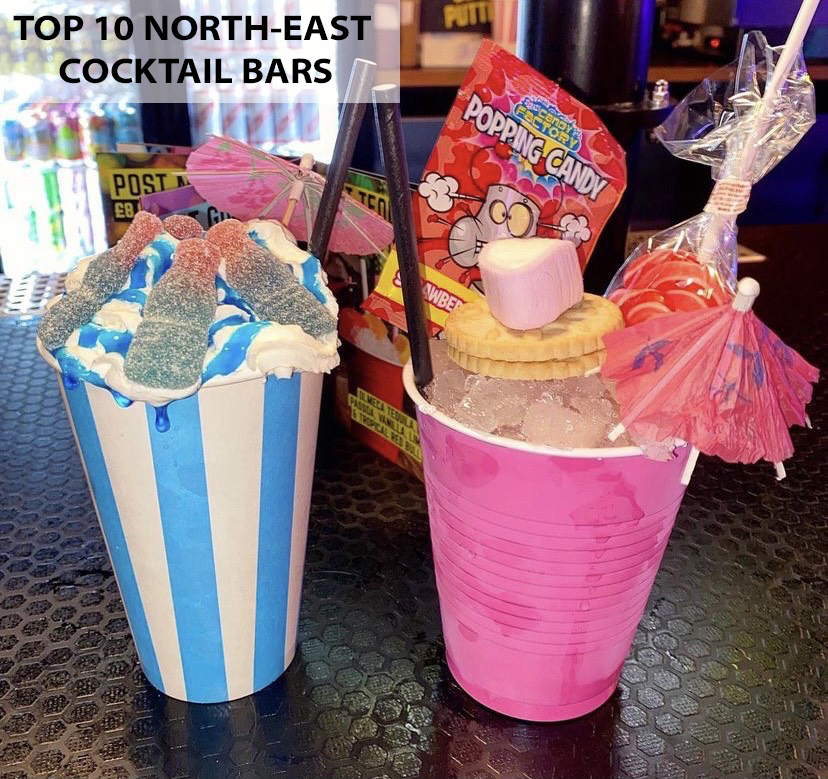 Fancying a cocktail today but don’t know where’s good to go? Where has the best deals? Where serves the most instagramable drinks? Look no further!

Whether it’s to celebrate a birthday, a girls night out or booze and brunch here’s our guide to the best cocktail bars in the North-East: 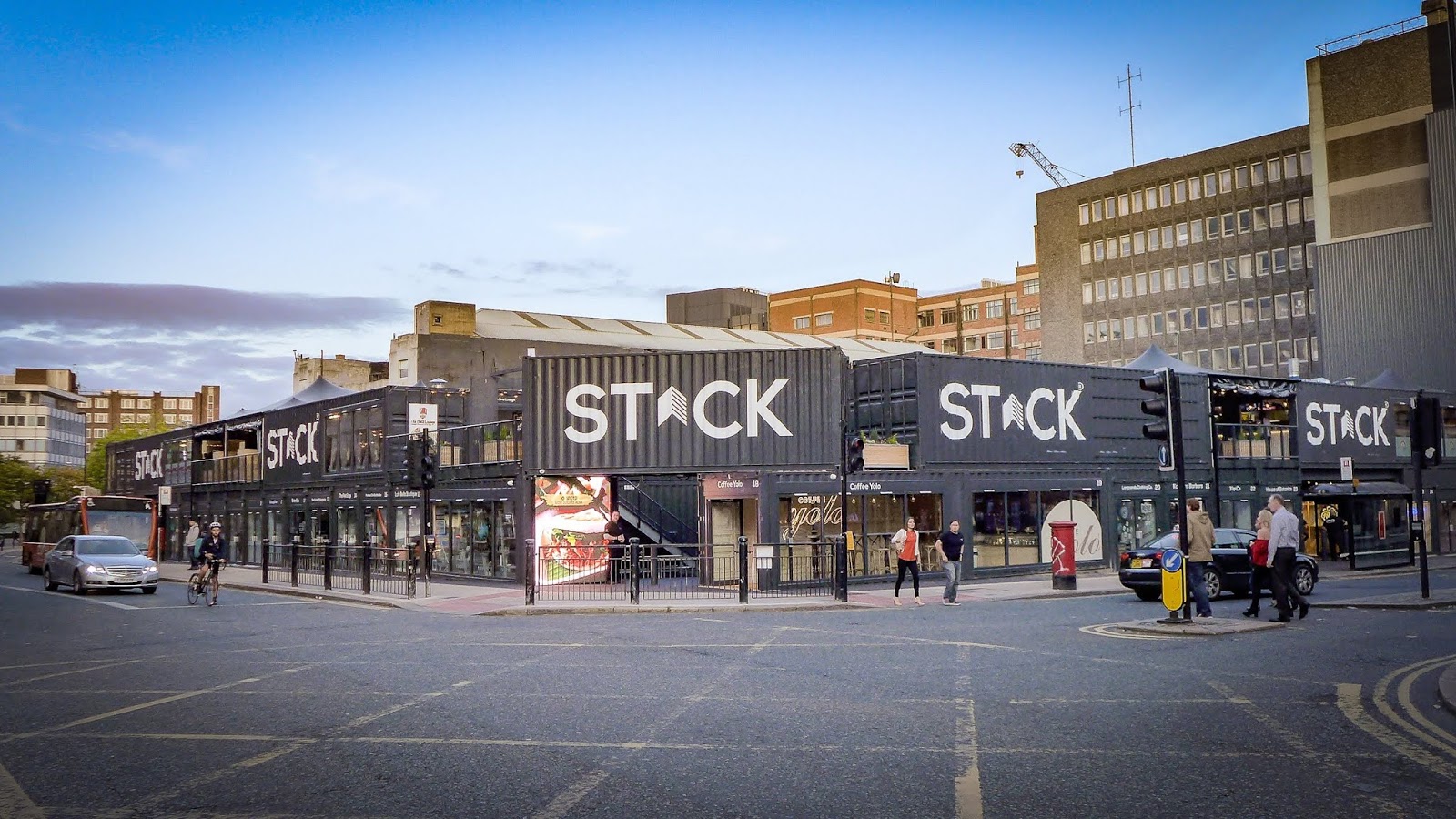 Food vendors at Stack Newcastle have said they will be sad to say goodbye to the venue when it closes in May but plan to go out with a bang as they cook up something special for their final few weeks there.

Stack Newcastle on Pilgrim Street has been a huge part of the city’s thriving hospitality scene for the last four years, but on May 2 it will close for good to make way for an office block housing 9,000 HMRC staff. Opening in 2018, The food, drink, and shopping hub made up of shipping containers, has been home to a number of independent businesses over the years, including Sushi Me Rollin’ and Texas Smoker.

As the sad news was announced yesterday afternoon via social media, they have urged customers to support them during their last six weeks at the site so they can go out on a high.

Popular Greek street food vendor, Acropolis, has been at Stack for nearly two years. Owners Filip Tachan, Viktor Tachan, and Yusuf Yenil promised customers they will be doing “something special” to celebrate the final few weeks, with details to be announced. They said: “The past 20 months have been amazing at Stack Newcastle. We have thoroughly enjoyed being part of this vibrant venue and are devastated that it will be closing, however, we always knew it was a temporary scheme.

“Since opening our doors in July 2020, we have become part of an amazing hub of independent businesses and very much feel part of the Stack community. We’ll be sad to see the venue leave Newcastle but would like to assure our customers that they can still enjoy their Greek fix from the Grainger Market, By The River Brew Co, and, of course, Stack Seaburn.

Redhead’s Mac ‘N’ Cheese, which opened in the Stack last year, praised the venue for the boost it has given to growing businesses. Staff at the site will now work on its street food venture and the business will continue to operate at the Grainger Market and Quayside Market. Director Jamie Pagett said: “We have a great time at the Stack. It’s been a great location to promote our growing brand and we have thoroughly enjoyed our time trading there.

“Our current plans for the future include our fantastic Grainger Market store and street food venture.”

Hatch76 and Bao Down promised customers an “amazing last six weeks” as the businesses looked forward to the future. Alex Hindson, who owns both outlets, said he will be making plans with the staff on the next steps for the businesses.“Stack has been a perfect starting block for my small business and it has been great to see many other independent businesses thrive here,” he said.

“Having the support from everyone at Stack and the other traders has been good for the business and allowed me to grow beyond Stack. Although I’m sad it has come to an end, it was never meant to be permanent.

“We have built a fantastic foundation at Stack and we’ve got great plans for the future. We hope to have an amazing last six weeks, and from there I’m confident things can only go onwards and upwards.” 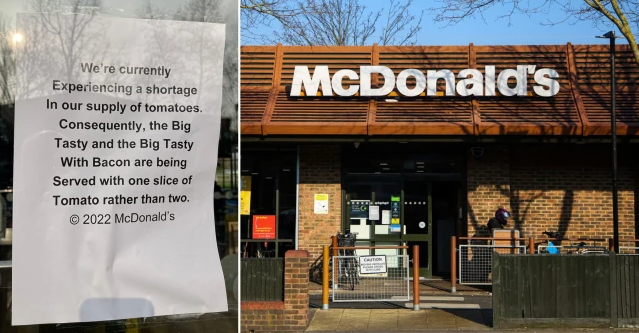 Fast food customers in Teesside face utter dismay today as they face shortages to their local McDonald’s due to ongoing supply issues.

But no, not of fries, McFlurry’s or burgers.. but of tomatoes. A key ingredient of a burger, you may argue – it’s a difficult time for Teesside.

A sign was on the doors of the branches in Teesside Park and Portrack Lane in Stockton declaring the worrying issue. The signs shockingly state that burgers such as the ‘Big Tasty‘ and ‘Big Tasty With Bacon’ are having to be served with one slice of tomato, instead of the standard two!!!!

But aside from this the full menu seems to be running as normal for now, so customers are still able to treat themselves to any tomato-less meal.

A spokesperson from McDonald’s said: ‘We are currently experiencing a shortage in our supply of tomatoes.

‘We apologise for any inconvenience, and thank our customers for their patience. We are working hard to resolve this issue as quickly as possible.’

Tomatoes are not the only thing McDonald’s fans have struggled to get their hands on lately – the chain was forced to take its new chicken Big Mac off the menu after it sold out in just 10 days last month.

And in Russia, people can’t get a Maccie’s at all, after it was announced earlier this month that all locations would temporarily shut in the country.

The CEO of McDonald’s said closing the stores is the right thing to do due to the ‘needless human suffering in Ukraine’.