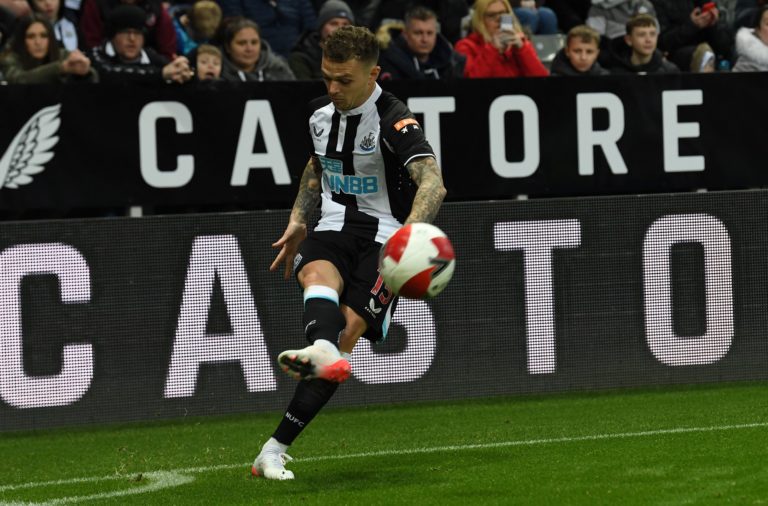 Newcastle United are out of the FA Cup in the Third Round following a disappointing 1-0 defeat to League One Cambridge United at St James’ Park, after inspired performance from U’s goalkeeper Mitlov.

The home side had plenty of opportunities to find the net but lacked the desire, quality and energy to make the pressure pay in what was one of their most embarrassing performances to-date. The Magpies were wasteful in attacking areas after putting in a very average performance against a very average opposition.

Once the hosts were unable to find the net in the opening stages, everything pointed towards a classic FA Cup upset and the visitors didn’t disappoint. Newcastle once again helped to provide the classic upset and given the fact they clearly tried to win the game, naming as stronger line-up as possible, this one feels extremely embarrassing.

United created 22 chances but could not find a away past the minnows and lacked the desire to get the victory.

The fans deserved so much more on the day. The result doesn’t matter as much if the Magpies are able to beat fellow strugglers Watford in the Premier League next weekend but the performance on Saturday afternoon was anything short of pathetic – especially given Howe named his strongest side possible and gave a debut to new signing Kieran Trippier.

The FA Cup was undoubtedly low on the list of priorities for the Toon but the performance and result this afternoon shows just how poor the current squad is and outlines the importance of bringing in more major reinforcements in January.

The home side desperately missed their star striker Callum Wilson, who is set to miss the next eight weeks due to his calf injury sustained in the 1-1 draw with Man Utd.

Howe will need to bring in a replacement striker to replicate the form of Wilson in front of goal and score some important goals between now and the end of the season.

Kieran Trippier played his first game in the black and white stripes in front of a sell-out crowd at St Janes’ as fans expected a comfortable victory. Trippier was one of the best players on the day and showed his quality at times but fans at SJP were left disappointed by the overall result and performance.

With Trippier and Ryan Fraser down one side and Jacob Murphy and Matt Ritchie on the other, the Magpies looked to attack the flanks early on.

Mitov’s inspired form in the Cambridge net kept the U’s in the game and enabled them to get into half-time at 0-0 – perfectly set up to give it a real go in the second period.

The Bulgarian ‘keeper made three exceptional stops to prevent Howe’s side from taking the lead, including a ridiculous save from Murphy’s drilled volley which was headed for the top corner.

Newcastle had the ball in the net after Schar tucked in from close range, following a rebound from Matt Ritchies effort on goal which deflected to the feet of the onrushing Swiss international. However, Schar was clearly offside and the celebrations were cut short.

The scores were level at the break as Newcastle struggled to make their pressure count. Allan Saint-Maximin was unable to replicate his performance against Man Utd last time out and struggled to make an impact, despite his best efforts.

Joelinton was played higher up in attacking areas and struggled to match his recent form as the Brazilian lost possession on a number of occasions.

Winger Jacob Murphy thought he had given the home side the lead with a decent touch and finish after Schar’s throughball, but the flag was up.

The visitors took the lead in the 58th minute when the ball fell to the feet of Ironside after Schar headed off the line. The 28-year-old made no mistake in front of goal when he turned and shot into the back of the net.

Newcastle pushed for an equaliser and thought they had it went Joelinton’s headed effort looked bound for the back of the net, before Mitlov dived to his right to parry over – another brilliant piece of work.

The home side huffed and puffed but couldn’t find the equaliser as Cambridge sat in two banks of four, challenging the Magpies to break them down which they could not do. The hosts didn’t have the heart nor the quality to beat a League One side, which doesn’t bode well for the vital upcoming Premier League fixtures.

Unfortunately the performance represented one similar to those at the beginning of the campaign and Howe’s side will need to improve massively when Watford visit next Saturday – a must-win game for both sides who are looking to avoid relegation.

Sean Longstaff was extremely poor in the centre of the park and may well have played his last game for the club, with increased interest from Everton to bring him to Goodison Park. He has been a good servant and would likely feature regularly if the club are relegated to the Championship, however his performance today shows just why many fans feel he should be sold to make way for a higher quality replacement.

The Cambridge fans were fantastic all-game and the 5,000 travelling supporters added to the magnificent atmosphere on Saturday afternoon at SJP. For many younger fans it was their first experience and they won’t have fond memories of the result – hopefully better times are ahead.

Newcastle face a critical game at home next time out and will need to win to bolster their chances of retaining Premier League status come the end of the season. Howe will be left disappointed by the performance today and will be hoping his side can bounce back instantly and put in a much improved display against Watford.

“We are desperately disappointed. We really prepared well for this game, and we played a very strong team. But ultimately, we found a goalkeeper in superb form and a team that defended for their lives, and we couldn’t break them down.

“We did have some good moments, but we lacked that killer instinct that every team needs. Then, when you don’t put the game to bed, there’s always a chance you leave yourself open, and, unfortunately, one of those moments cost us the game.”

Post-match thoughts? How disappointed were you with the performance? Did you enjoy seeing new signing Trippier?

Will Howe’s side bounce back next weekend against Watford?