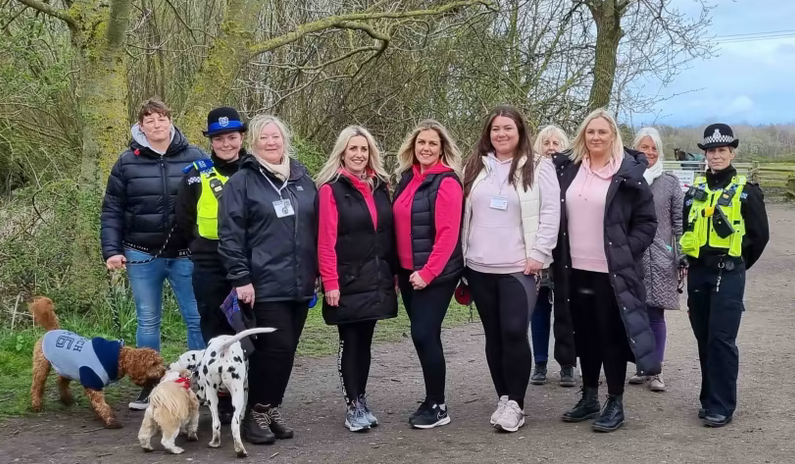 The family of murdered teenager Samantha Madgin are carrying out patrols at Rising Sun Country Park to help the community feel safe after a woman was allegedly raped.

Emergency services were called to the park in Wallsend on March 28 at around 4.10pm following reports a woman was raped near the Pit Heap area. An investigation was immediately launched and a 34-year-old man – Alan Anthony Rothwell, of Mowbray Street, Heaton – was arrested and appeared at Newcastle Magistrates’ Court last Saturday charged with rape.

Visitors and walkers spoke of their shock following the alleged incident with many saying it was “scary” to hear. And to help residents feel safer, Samantha Madgin’s family. including mum Alison and sister Carly. have launched a voluntary outreach team to patrol the park.

Samantha was just 18 when she was stabbed to death in Wallsend by young killer Jordan Jobson. But since the tragedy in 2007, Alison has worked tirelessly to educate young people about the dangers of carrying knives and set up Samantha’s Legacy.

Now they have formed the Pink Angels Team to help others feel safe in the park and will wear pink hoodies so they are recognisable. Visitors will be able to chat with them or even join them on their walks in a bid to put people at ease.

Carly said keeping people safe is “their passion” and said both Samantha and their brother Lee, who died after a routine foot operation, would be “proud” of what they’re doing. She said: “We lost both Samantha and Lee and I think they were so proud to be from North Tyneside and I think they would be proud of what we’re doing by keeping people safe, that’s our passion.

“I feel like people watch the news and they’re seeing all the bad things that are happening and people are getting scared. They don’t want their kids to be out but we don’t want people to stop socialising and stop going out. There are good people and if we all stick together we overcome the bad things.

“I’m quite proud to come from North Tyneside and at a time like this, everyone sticks together. We’re all just trying to make things better.”