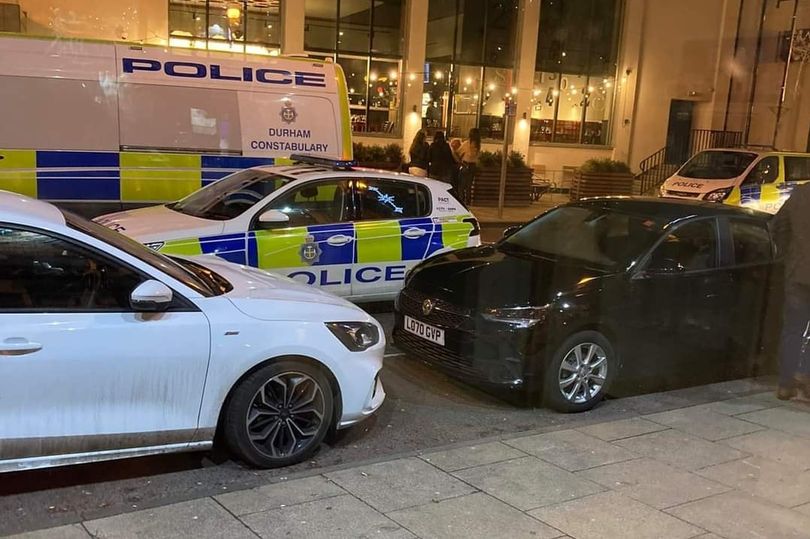 Two women were attacked and stabbed while in a Wetherspoon beer garden on New Year’s Day.

The assault took place just before 8pm on January 1 at the Grand Electric Hall in Spennymoor.

Emergency services were called and both victims were treated for their injuries at the scene before one of them was taken to hospital.

A North East Ambulance Service spokesperson confirmed paramedics were called at 7.55pm. They said: ‘We dispatched a paramedic crew and a doctor who treated two patients on scene and took one patient to hospital.’

Eddie Gershon a spokesperson for JD Wetherspoon said: ‘A female entered the pub’s beer garden from the street and approached a lady and attacked her with a sharp object.

‘On her way out of the garden she then attacked another lady, also with the same object.

‘The attacker then ran off.

‘Police and paramedics were called and both of the victims were treated for their injuries at the pub.’

Following the incident, a police seal was placed around the garden and the pub was closed while officers investigated.

Mr Gershon said: ‘Wetherspoon has handed over all CCTV footage to the police and will assist them in any way possible.

‘This was a distressing incident for staff and customers at the pub.’