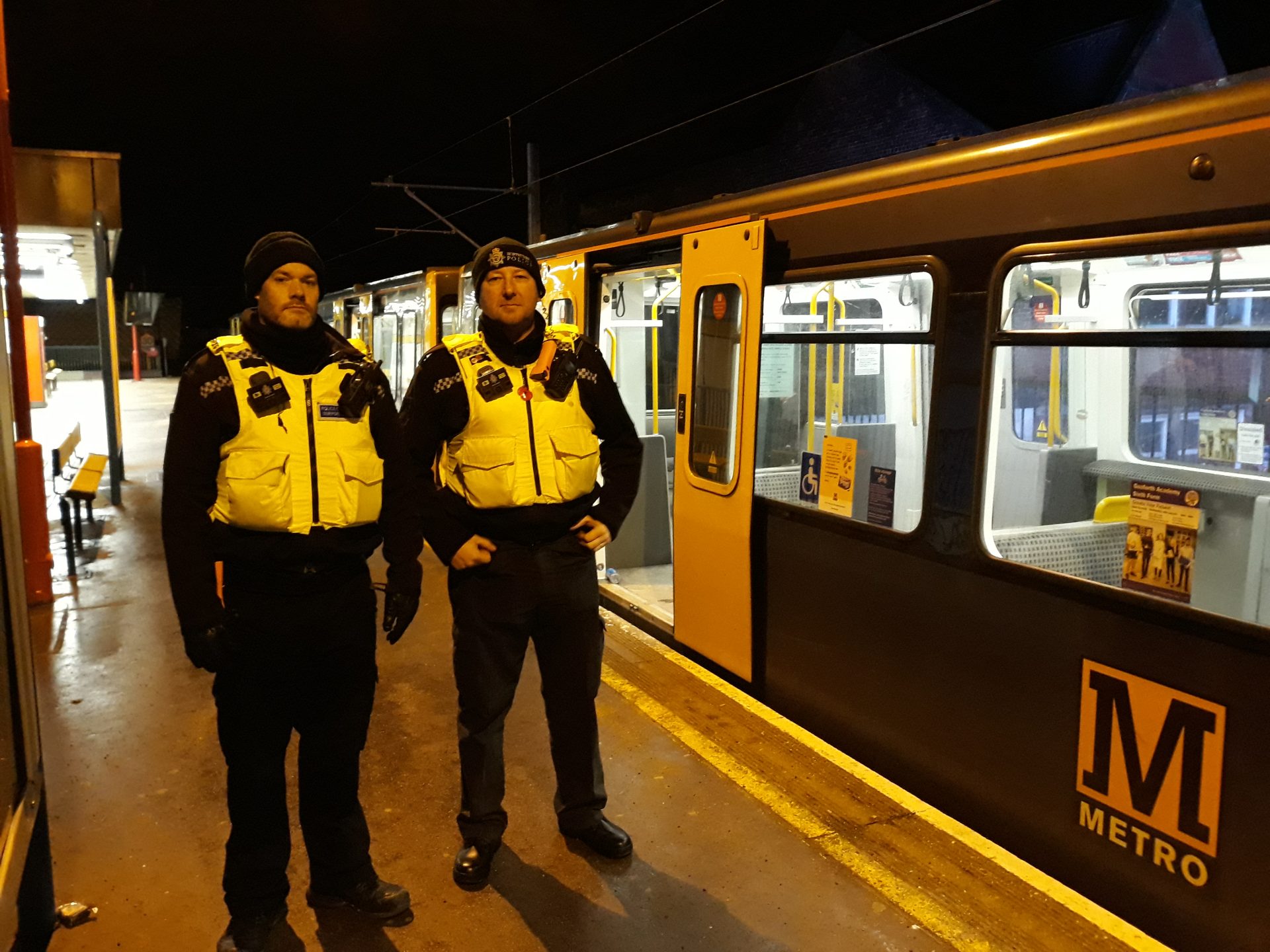 Plain-clothed officers are to work with partners as the initiative has been launched to tackle troublemakers using the services in an attempt to reassure commuters. Northumbria Police, Nexus and local councils have joined together in an attempt to tackle the volume of anti-social behaviour taking place on the Tyne and Wear Metro network.

The initiative has been launched as concerns from users of the service have grown wary of the disruptive anti-social behaviour taking place, including young people meeting in groups and hanging around stations. Northumbria Police has stated that they will use a wide range of tactics across a number of locations, at times when there has been an increase in incidents being reported, and will include increased engagement to steer youths away from using the stations as social hubs.

Martin Kearney, of Nexus, said some Metro workers had reported being verbally abused in recent weeks. He said: “Unfortunately we do have some anti-social behaviour taking place. “We do have vandalism and we have had assaults including spitting, verbal assault and physical abuse; that’s just not acceptable and it has to change.” Northumbria Promise to knuckle down on crime has resulted in them also carrying out ‘targeted search operations’ at the selected stations.

Chief Inspector Ron Charlton, who is leading the operation, said: “In the past month, officers have noticed an increase in reports of anti-social behaviour on the Metro services and at stations. “A considerable proportion of these reports are linked to groups of young people congregating in and around stations or travelling on the system and acting in an unacceptable way. “Anti-social behaviour will not be tolerated and we will take action against anyone who is intent on causing disruption.”

The operation began on the 27th August. Operation Hermes, named after the Greek God of travel – it is a two-day initiative which will see officers team up with colleagues from Metro operators Nexus, local councils, Tyne and Wear Fire and Rescue Service and British Transport Police to target troublemakers and help ensure the safety of other commuters. Already in place is a dedicated team from Northumbria Police which works with nexus on the handling of the behaviour on the metro, this operation is to build on top of that.

Northumbria Police and Crime Commissioner, Kim McGuinness, said: “We’re in a situation where anti-social behaviour is on the up, so we are quickly ensuring the policing response is on the up too – which I hope will reassure those who use the service and understandably have concerns.” “Alongside our officers, youth workers will be there to talk with those seen to be causing trouble and encourage them to consider other local opportunities and better ways to spend their time.”

Northumbria Police also note that anybody with any concerns should speak to the Police directly.