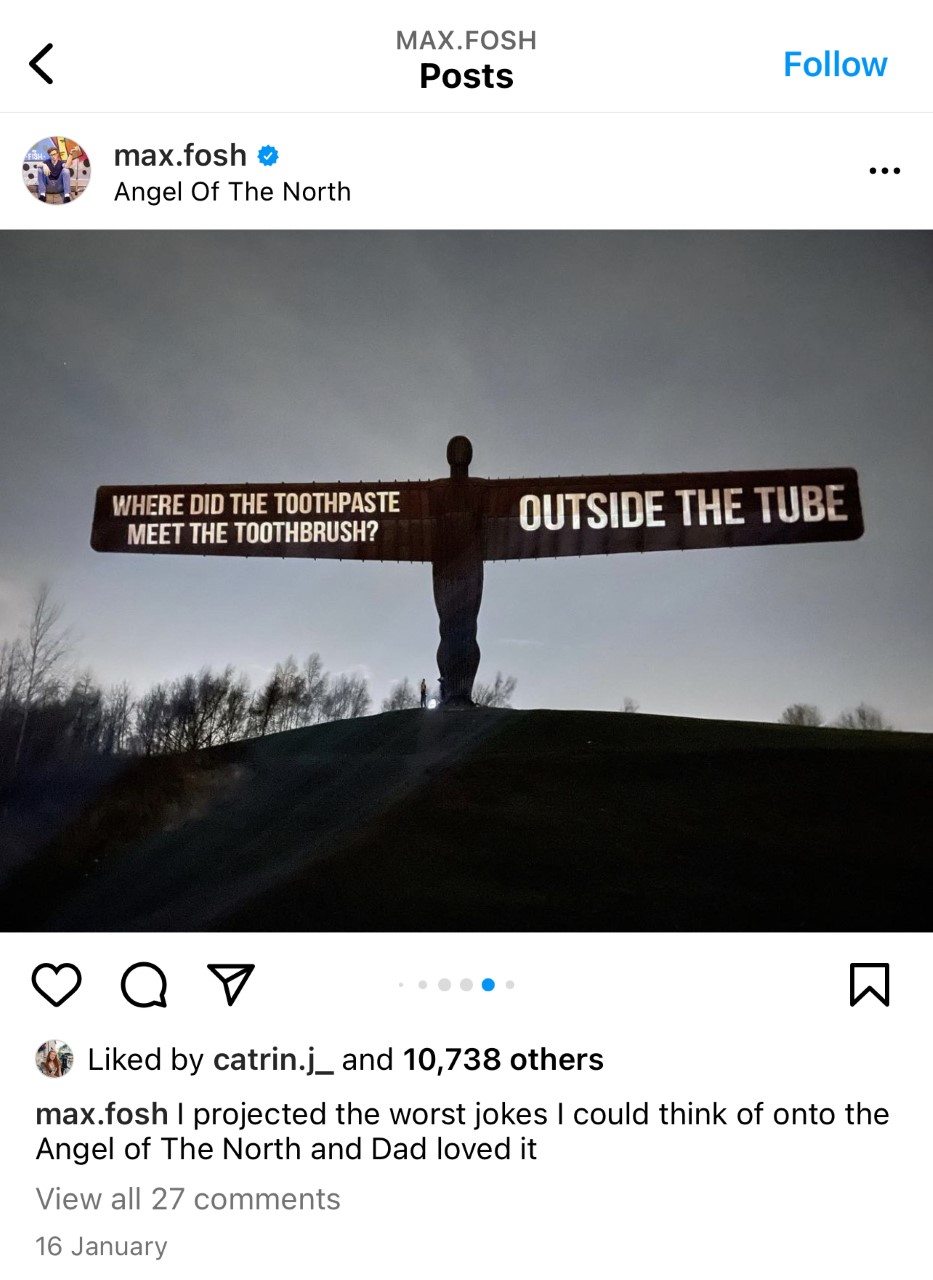 In a tribute to his dad, Max Fosh uses the famous sculpture as a canvas for his dad’s jokes.

Nearly at 200,000 views, the viral video shows numerous jokes displayed across the wings including his dad’s favourite: “Where did the toothbrush meet the toothpaste? Outside the tube.”

The YouTuber spent £5,000 on hiring a projector to make his prank possible.

Speaking of his love for his dad’s jokes, Max Fosh explained in his video he wanted to honour them by “making the biggest dad joke in the world.”

Using the Angel of the North was a fitting choice as Newcastle is where the 26-year old’s career first began.

Fosh’s dad’s jokes have inspired his content from the start, with his first appearance on the radio being the segment ‘Dad Joke Tennis.’

Fosh spoke of what inspired the idea in his video: “I love my dad very much, he’s a man who is warm, loves Les Miserables and has legally admitted I’m his favourite child.

“But his favourite thing in the world by a long way has to be dad jokes.

The YouTuber has rose to fame in recent years. Since he won ‘Best Newcomer’ in the 2017 Newcastle Hospital Radio awards, he has continued to grow in popularity.

Fosh’s YouTube channel now has 621K subscribers, where he posts similar content for his followers to enjoy.

What are your thoughts? Join the conversation on our Facebook page here: https://www.facebook.com/NorthEastUpdates

What does the Queen’s Jubilee mean for May Bank Holiday?